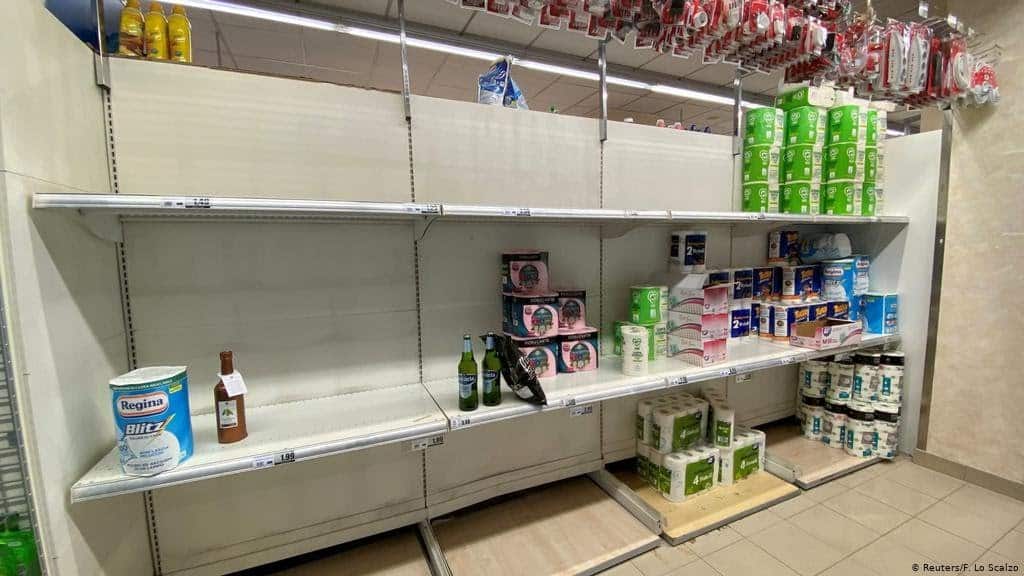 One of the key characteristics of totalitarian regimes is the incessant effort to conceal the failures of their disastrous policies. As inflation grips the nation, they pretend there’s no real inflation at all. As the supply chain collapses, they mock those who complain and tell you to “lower your expectations.” And as grocery store shelves go bare, they go to tremendous lengths to create the illusion that shelves still contain an abundance of food, even if they have to print out food posters on cardboard on install the cardboard into the food bins where the actual food is supposed to be.

On top of that, the CDC has announced “re-education camps” to forcibly brainwash government workers and police officers into accepting the spike protein suicide jab. If you say no, you will be diagnosed with a mental illness and involuntarily subjected to “treatment,” no doubt.

Please use the buttons below to TWEET & SHARE this post ... and leave your thoughts & feelings in the COMMENT SECTION by scrolling down ... If you haven't joined TRUTH PREMIUM, what are you waiting for? Click Here
12
SHARES
ShareTweet
5 1 vote
Article Rating
Subscribe
Connect withD
Login
Connect withD
0 Comments
Inline Feedbacks
View all comments