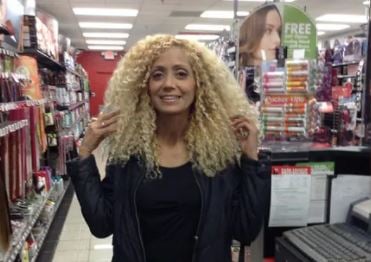 A Minnesota woman was beheaded on the street on Wednesday in a Minneapolis suburb.

42-year-old Alexis Saborit was arrested for the crime.

Investigators believe the suspect knew the victim and this was not a random act of violence.

A coworker said Thayer worked at the Dollar Tree in Shakopee as well as at MyPillow.

The beheaded body of a Minnesota woman was found on a sidewalk in Shakopee, a suburb of Minneapolis, on Wednesday.

On Thursday, the Shakopee Police Department identified the victim as 55-year-old American Mafalda Thayer of Shakopee. The police department said they responded to a report of an attack at the intersection of Fourth Avenue and Spencer Street at around 2:31 p.m. on Wednesday.

Shakopee Police announced they have arrested a suspect, 42-year-old Alexis Saborit, also of Shakopee, on suspicion of second-degree murder.

Saborit is being held in the Scott County Jail, pending murder charges.

Shakopee Police Chief Jeff Tate told Bring Me The News that a bystander captured the brutal attack on video and shared it on social media.

“We are aware that a bystander took a video of this incident. We have that video. It is deeply disturbing that the first instinct was to post that on social media,” Tate said. “This woman has a son, has a family and people that care about her and the last place anyone should find out about a tragedy involving a loved one is via social media. Thankfully we were able to apprehend this individual quickly.”