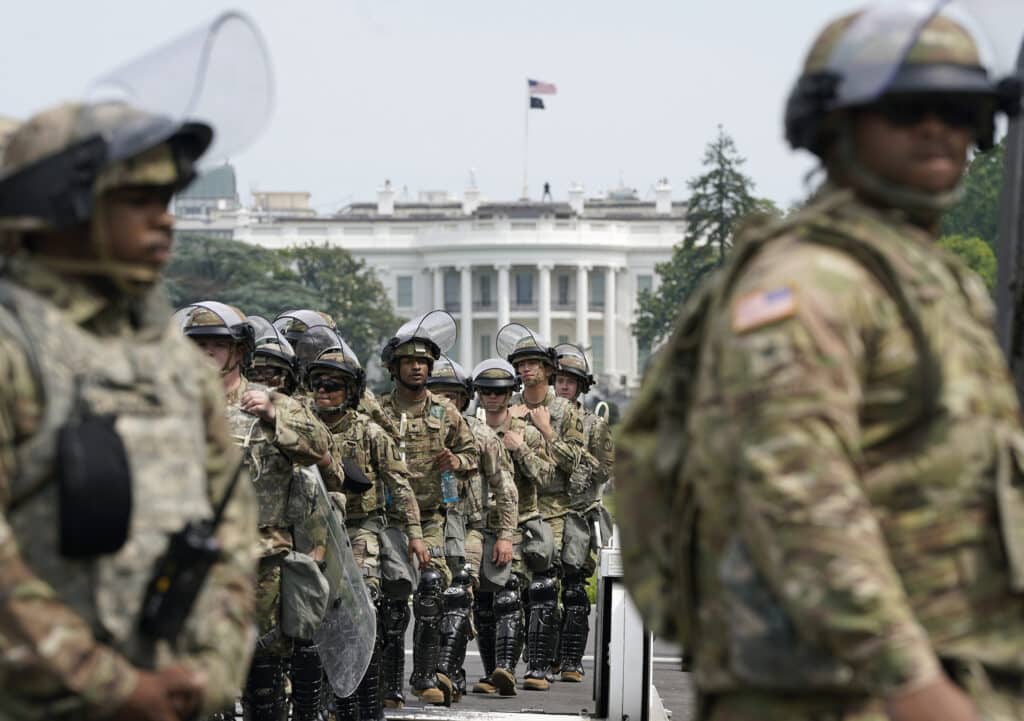 More than 300 District of Columbia National Guardsmen will be in Washington this week to help support police officers patrolling protests scheduled by supporters of President Donald Trump this week.

“We have received confirmation that the D.C. National Guard will be assisting the Metropolitan Police Department, beginning tomorrow through the life cycle of this event,” Metropolitan Police Chief Robert Contee III told reporters at a press conference on Jan. 4.

National Guard personnel will be assisting police officers from Jan. 5 to 7 with crowd management and traffic control, freeing officers “to focus on anyone who’s intent on instigating, agitating, or participating in violence in our city,” he added.