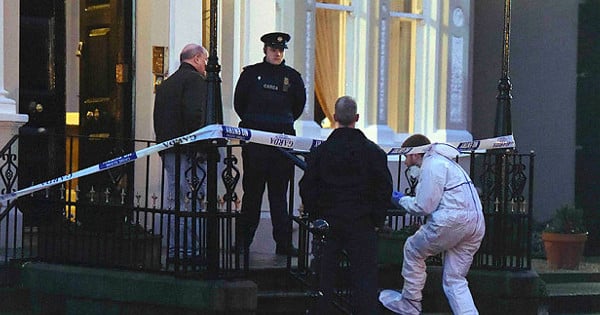 This is an old report:

Dublin, Ireland | A British man who claimed to be the “real” Prince Harry and to have been forcibly replaced as a child by an impostor, was found dead this morning in his hotel room, in the seaside town of Dun Laoghaire, near the Irish Capital.

The Garda Síochána (Irish police) was called on the site early this morning, after some neighbors complained about the smell emanating from his room.

They found the body of 31-year old, James Francis Alexander, a young British nobleman mostly known for his claim to be a member of the Royal British family.

According to the spokesman of the Irish police, Lt. Seamus O’connor, the young man had multiple bullet wounds, and the police found some signs of struggle in his room, suggesting that he was victim of a violent crime.

“The victim clearly didn’t commit suicide,” Lt. O’connor told reporters. “He was attacked by more than one assailant, probably two or three individuals, carrying pistols. The poor man didn’t stand a chance. He was hit by more than 20 bullets, probably fired by silenced weapons, since none of his neighbours heard anything. It’s too early to confirm anything, but this is probably the work of professionals.”