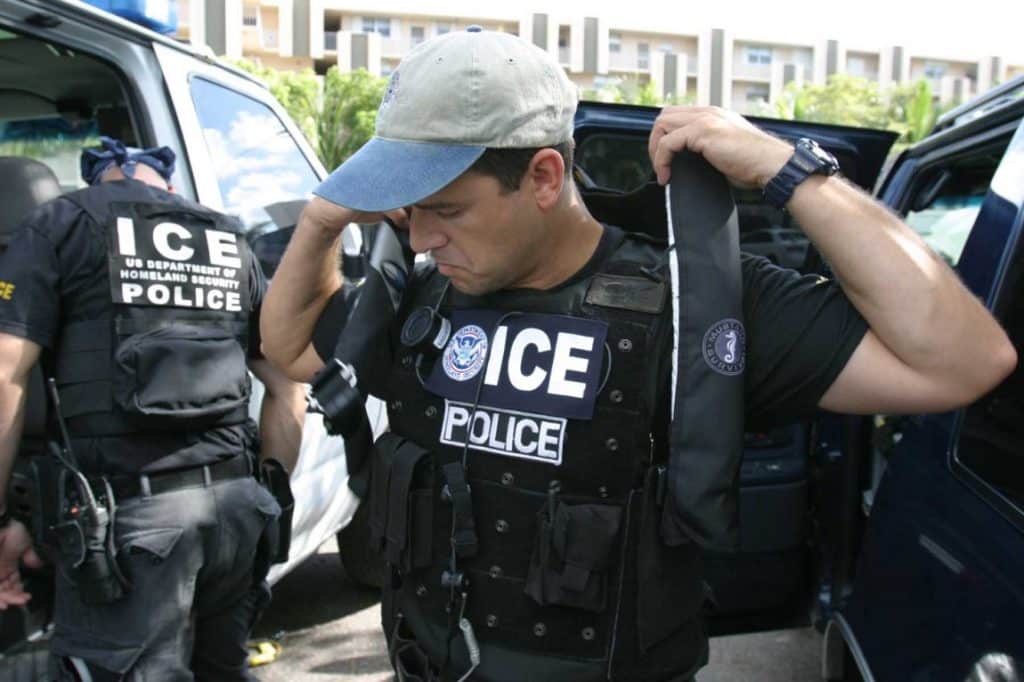 “We Know Where All Your Children Live” – ICE WORKERS THREATENED

Lord protect our government workers and their families. Stop attacks on their homes and offices and expose any potential attacks.

Immigration and Customs Enforcement (ICE) workers are facing a rapidly escalating series of threats, including protesters menacing their children and shots being fired at their offices, amid a rising tide of anti-ICE rhetoric from the left fueled by congressional Democrats, media voices and presidential hopefuls.

Footage published Tuesday by Breitbart News shows protesters in Florida from groups such as Never Again Action and Black Lives Matter Alliance of Broward County threatening workers and former employees of the GEO Group, a private contractor used by ICE.

“We know where you sleep at night,” another protester shouted. “We know what kind of dog food you buy your dogs.”

Another can be heard yelling: “When immigrant bodies are under attack, what do we do?”

“Fight back,” other protesters responded.

JOIN US TO PRAY FOR THOSE WHO ARE WORKING TO SECURE OUR BORDER.
Read More Here!