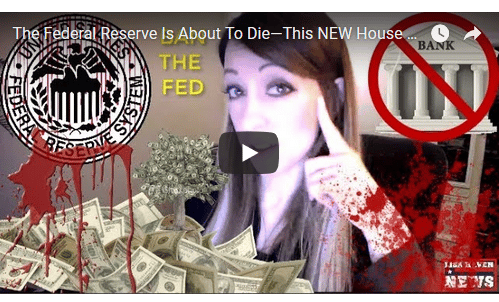 The Federal Reserve raised interest rates and forecasted at least two more hikes for 2018. While they claim they are doing this because there is confidence in the economy, it’s likely it will lead to more inflation and a more aggressive future economically.

We also know the globalists don’t want Donald Trump to fix it, and that they will do anything to discredit and destabilize his presidency, including the possibility of setting off the economy.

In the video below I interview President of Nobel Gold Investments, Collin Plume, and delve into the economic crisis that is headed in Americans direction.

H.R.5404 – To define the dollar as a fixed weight of gold
Read Official BILL Here & Contact Your Representatives.

Read Full Story Here on Before Its News!