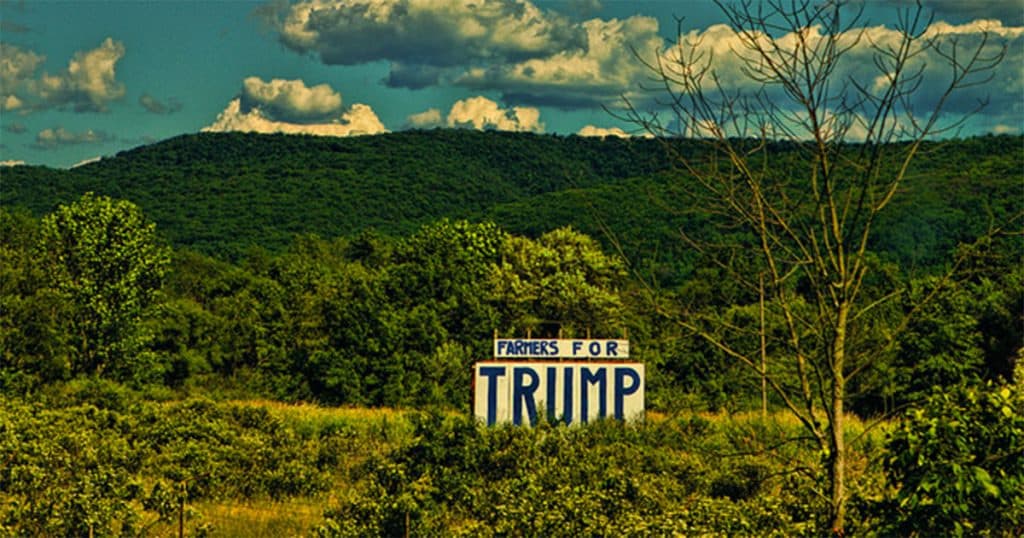 The President Speaks At The American Farm Bureau About Rural America

On January 13, 1992, President George H. W. Bush spoke at the American Farm Bureau Federation’s annual convention in Kansas City, Missouri. Fresh off a 12-day trip to Asia, he talked about trade, security, and prosperity for rural America in the new global economy.

For more than a quarter-century, no American president returned to speak at the convention, which is a staple of the U.S. agriculture industry. Yesterday, President Donald J. Trump broke that trend.

Here is what he told the convention:

The President signed two orders moments after he spoke, both of which act on the recommendation of his Agriculture and Rural Prosperity Task Force to expand access to broadband internet in rural America.

The President went on to say he will protect the internet, expanding it to rural America.

Read: “Our farmers deserve a government that serves their interest.”