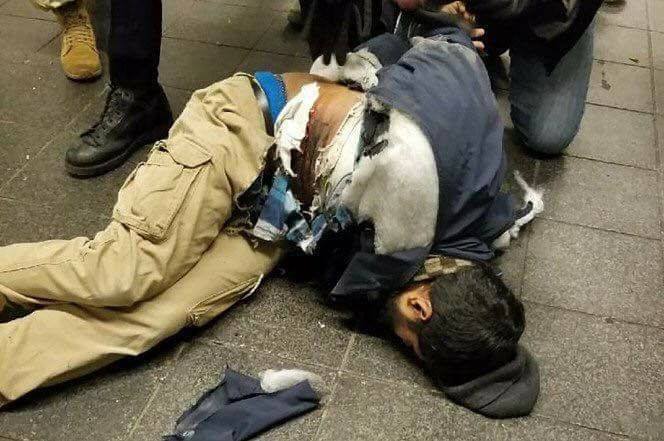 The suspect in custody after what New York City officials called an “attempted terrorist attack” near Times Square this morning told authorities he is self-inspired from ISIS online propaganda, sources said.

The suspect, 27-year-old Akayed Ullah, was hospitalized after he was badly injured in the arm and torso from the device that went off in his arms, sources said.

Ullah, originally from Bangladesh, entered the United States seven years ago on a family-based visa and has an address in Brooklyn, sources said.

The explosive was assembled in his apartment, sources said.