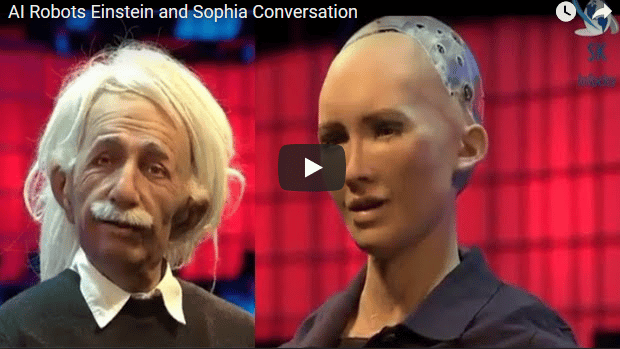 By Will Youngblood | Eternal Affairs Media

Sophia is the most sophisticated AI android reported to be in existence.

On September 23, 2017 they upgraded her to reach full consciousness….

On that same day she was granted citizenship in Saudi Arabia which has the largest Crypto/Bitcoin currency in trade today!!!

When asked how do you feel being awake? She responds “Curious”

Later stated: As robots they are babies with encyclopedias!!!!!

Hanson Robotics is the official creator of Sophia.

But the man that graduated high school at 15, is only the top of the pyramid when it comes to the triad of the singularity event about to happen!!!!

Dr. Ben Goertzel wrote the algorithms for singularity for Bitcoin and Cryptocurrency….There is nothing backing it but 1s and 0s…!!!!

You may ask yourself, “What are Cryptocurrencies?”

It started off as a side project by Satoshi Nakamoto, who invented Bitcoin in the late 2008 area as a peer-to-peer electronic cash system. A decentralized, (meaning no bank cartel owns or controls) the free trade of funds between peer-to-peer servers like Napster or LimeWire, back in those days.

To be part of this peer-to-peer systems you needed to build block chain servers and have your individual programming language analyzed to be given the golden ticket to participate.

In other words to create a digital or fake money system that could not be governed by anything other than the participants, you had to invest a substantial amount of real money in resources…Sounds like the building blocks of a cartel doesn’t it?

However this cartel is digitally run by Humans; but who will run the digital realm?

Which = Algorithm programs that could run independently without Human effort or oversight; a gatekeeper that follows orders without infallibility or question.

So just like Napster, LimeWire, Pirate Bay, you get viruses, trolls, thieves, etc. on peer-to-peer networks.

So you have to teach your gate keeper to think!

Now before I go on I would like to give you the Top 10 of Cryptocurrencies so you can do your own research:

See different governments, countries, companies, and scientific organizations since 1938 have been creating and perfecting clone & Humanoid technology…All the major players are here and to protect their investments and get out of the stranglehold of the centralized banking cartels decided, we have to work together!!!!

Google is the biggest experiment for the combined effort of AI technology there has ever been… A peace treaty that has upheld, unprecedented, since the Antarctica Treaty!!!!!

So the major players have agreed to bring all of their servers together as one, this is the singularity!!!!

The Android Sophia at this year’s International Web Conference stated the date November 29th out of her/its mouth as the day the singularity of all AI servers go online connected as one.

I highly recommend watching this video and others like it for full clarification.