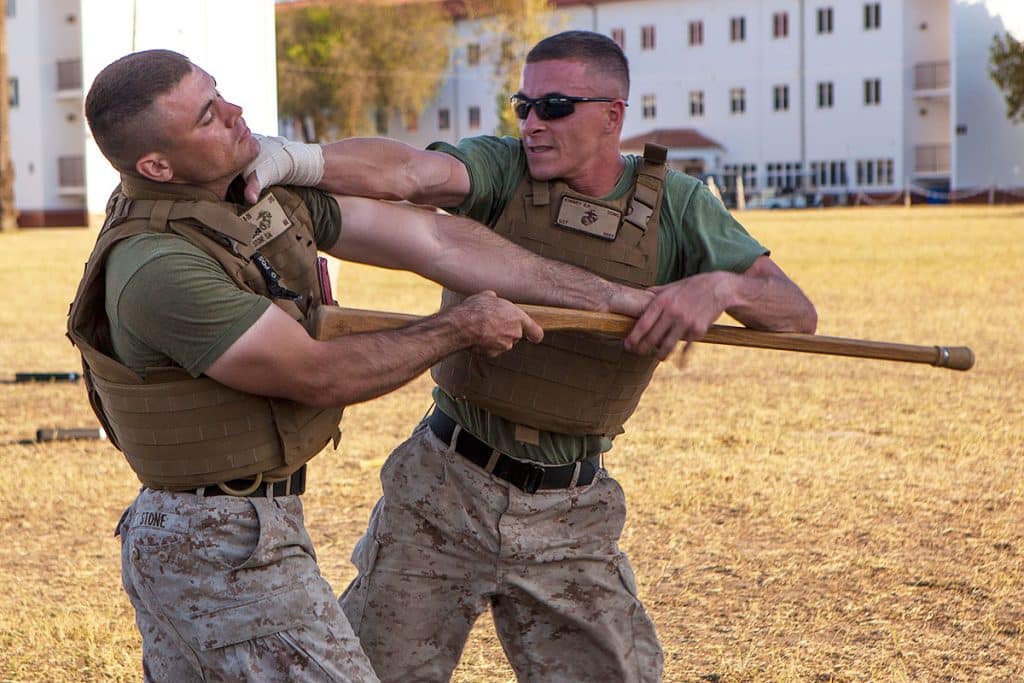 Four teenagers in Houston learned a very difficult lesson Friday night after they attempted to rob a man sitting outside his garage. That man, it turned out, was a retired Marine.
What happened?

Around 10:30 p.m. Friday night, four teenage males walked up to Alexander Borrego’s house, pulled out a gun and tried to rob him. Borrego told KPRC-TV that one of the teenagers stuck the gun to his head. However, little did they know, Borrego was both a Marine and armed with a pistol.

“One came alongside, through here, and next thing I knew I had a gun to the back of my head,” Borrego said. “They told me to get up, so, I stood up. My garage door was open so, my main concern was my family at that point.”

Protect Your Family With THESE SELF DEFENSE SKILLS!!

Borrego said his military training kicked in when the gun was placed against his head. He said he swiped the gun away and began firing at the boy with the gun, shooting him in the torso and leg.

After Borrego began firing in self-defense, the boys scattered and ran to the home of the teenager who was shot. That boy’s mom took him to the hospital, where he is in serious condition. However, the boy is expected to survive.