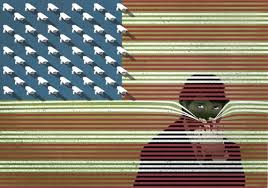 The latest mass shootings in Las Vegas highlight the fact that the police were powerless and unable to prevent or stop the attack and others like these from happening.  The response time for any aid arriving to the victims in the crowd in Las Vegas was unbelievably long as the victims fled in all directions they reported being followed by gunfire on the ground.  These types of mass murders do not prove the need for gun control. They prove the exact opposite, the need for an armed population. They also demonstrate the utter inability of law enforcement to protect individuals from these violent crimes. Police typically investigate crimes after the fact, in the cases of these types of events they don’t actually prevent them from happening.  It is becoming increasingly obvious that citizens are on their own, and the sooner they know it, the better.

We have also experienced the United States government taking the opportunity to capitalize on the collective fear and trauma of its citizens by rabble rousing the public and inciting the need for further restrictions and passing laws that slowly but surely erode and destroy our civil liberties and do very little to protect or insure national security.

Such is the case with the USA Liberty Act which reauthorizes Section 702 of the Foreign Intelligence Surveillance Act (FISA) set it expire on Dec. 31, 2017.  We were told that the purpose of FISA was to allow surveillance only of foreign targets suspected of terrorism, but in fact it has been used to gather metadata on the communications of countless Americans despite the fact that this practice was ruled illegal, as is the reauthorization of the law under the guise of “preventing terrorism.”

However, it should be noted that while the purpose of FISA was reportedly only to allow surveillance on the communications of foreign targets who were suspected terrorists, it has been used to spy on the communications of innocent Americans-despite the practice being ruled illegal-and any reauthorization of the law will only allow the practice to continue under the guise of “preventing terrorism.”   And contrary to claims by the House Judiciary Committee, the USA Freedom Act didn’t actually end or suspend the phone records program, but simply requires phone companies to hold onto these records rather than the NSA. It also authorized, for the first time, “the NSA, FBI, and other government agencies to unconstitutionally collect data in bulk on potentially millions of law-abiding Americans,” and it let the NSA collect “cell phone records in addition to the landline call records.”

Like its predecessor, The USA Patriot Act, which stripped patriots of their rights as they pertain to the 4th Amendment, the USA Freedom Act in essence will do everything but protect our personal freedom.

So in the same way that the USA Patriot Act did just the opposite of protecting “the right of the people to be secure in their persons, houses, papers, and effects, against unreasonable searches and seizures, shall not be violated, and no Warrants shall issue, but upon probable cause, supported by Oath,” in the guise of intercepting and obstructing terrorism in 2001, the renewal of Section 702 of the USA Freedom Act will continue to allow the government to strip away even more of our freedom in 2017. Do not be fooled by the title-the USA Liberty Act in 2017 has nothing to do with expanding liberty.”

“When governments fear the people, there is liberty. When the people fear the government, there is tyranny. No free man shall ever be debarred the use of arms. “A well regulated Militia, being necessary to the security of a free State, the right of the people to keep and bear Arms, shall not be infringed.” The strongest reason for the people to retain the right to keep and bear arms is, as a last resort, to protect themselves against tyranny in government.” – Thomas Jefferson, US Founding Father, drafted the Declaration of Independence, 3rd US President of the United States.

“Tell your representatives in Congress that it is time to let the sun set on this mass Internet spying. Section 702 of FISA should not be extended – mass surveillance of Americans should not be allowed to be codified into law. If you are in the US the thought of this unconstitutional Internet surveillance continuing makes your blood boil, the right course of action is to reach out to Congress and let them know to “pull the plug on Internet spying programs.” The Electronic Frontier Foundation (EFF) has a handy page with information that makes it easy to contact your House Representatives to let them know to vote against H.R. 3989.”