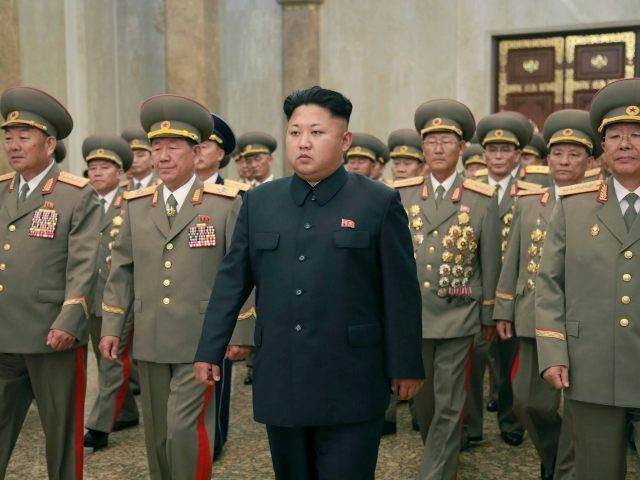 
China Warns North Korea War “Could Break Out At Any Moment”

Both China (“The situation now is similar to the time before a storm, and this kind of dangerous situation worth of our attention and we must be alert,”) and Russia (watching the developments around North Korea with “great concern”) have weighed in on the increasingly tense saber-rattling occurring between the two nations.

As Bloomberg reports, China warned that a war on the Korean Peninsula would have devastating consequences and “one has the feeling that a war could break out at any moment.”

Chinese Foreign Minister Wang Yi urged all parties “to stop provoking and threatening each other and not to make the situation irretrievable,” seemingly fearful that the next step could make war (world-inclusive) inevitable.

“No matter who the nation is, if it continues to provoke wars in the Peninsula, it has to bear this historical responsibility and pay its price.”

“Once a war really happens, the result will be nothing but losing all round and no one could become a winner,” Wang told reporters in Beijing on Friday, according to the official Xinhua News Agency.

These concerns were echoed by a senior Russian lawmaker who, as AP reports, says the US is a greater threat to global peace than North Korea…