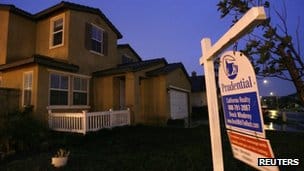 54
SHARES
ShareTweet
Please use the buttons to TWEET & SHARE this post ... then leave your thoughts & feelings in the COMMENT SECTION by scrolling down ... finally If you haven't joined TRUTH PREMIUM, what are you waiting for?

When was the last time you heard of a city going BROKE!!! This morning the city of San Bernardino California announced it has gone bankrupt. Is this situation rare? Apparently NOT.

This is the third city in California to go broke in the last 3 weeks – that’s one city per week!

How does this happen?

Simple, when people default on their mortgages they can’t pay their property taxes (or any other tax from dog licenses to fishing permits). This drives the income of the city down.

Combine that with contract increases in services from law enforcement, sanitation, fire and education and only one thing is bound to happen: you run out of money.
If there’s less money coming into the government then you need to adjust the payroll of the people working in the government. It’s a lesson that everyone who has ever owned a business knows less in = less out. Government employees SHOULD adjust their incomes accordingly.

Government workers demand their annual increases, benefits and pensions regardless of what the tax base is. The assume the “Good Fellas” policy of business (F-you, pay me). This only succeeds in doing one thing: bankrupting the business.

Now let’s take it one tiny step further. What happens when law enforcement and other emergency services start getting laid off?

Less cops in an already stressed and depressed environment is like throwing gasoline on a fire.

Let’s not even consider the fact that police, fire and other emergency services might have a walk out or strike and you will be left on your own to protect yourself and your loved ones.

Now, this probably is not going to happen right now, but how long do we have before the proverbial sh!t hits the fan? There’s an old saying “Dig the well NOW, not when you’re thirsty.”

Now is the time to start digging and here’s your shovel…The Self Defense Training System. 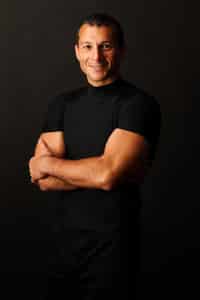 More on This Topic from other sources:

Shortly before the council’s vote Tuesday night, City Atty. James Penman warned the city would “shut down,” including public safety agencies, if it didn’t have enough money to pay its employees.

If you think this is bad, see what is to come across the streets of California within possibly THE NEXT WEEK!!! There is not much way for us to display this prediction. What we CAN do is make sure you’re prepared FOR IT.

Defending your self and your loved ones is not only your right, it’s your responsibility. Seriously, how can you expect the government to provide any real protection when they can’t even manage themselves.

54
SHARES
ShareTweet
Please use the buttons to TWEET & SHARE this post ... then leave your thoughts & feelings in the COMMENT SECTION by scrolling down ... finally If you haven't joined TRUTH PREMIUM, what are you waiting for?