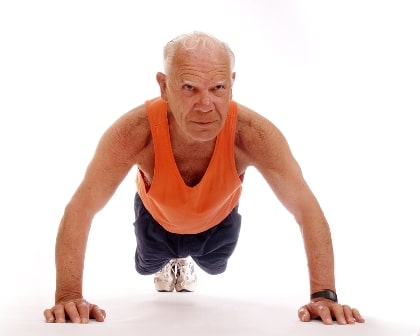 You know you’re getting old when …

You know you’re getting old when people stop regarding you as dangerous.

When you normally think of getting old, you evaluate it on tangible factors like being able to run fast, jump high, etc. But not being able to lift as much weight as you did when you were younger is only an indicator of the deeper issue: you’re not held in as high regard as you once were.

At our core we are animals. The stronger, bigger, faster and more fit always get’s the respect of others. When someone 6 foot tall with broad shoulders and a small waist walks into a room they automatically get respect when compared to the 5 foot tall, 200 pound couch potato. The way our species is, the more you look like you can kick ass, the more people will respect you.

Fortunately looks can be deceiving.

That was the case with a 70 year old Retired Marine in Limon Costa Rica, February, 2006.

According to eye witnesses 3 robbers armed with knives and guns descended upon a bus of 12 American tourists demanding money. Before the robbers could react one of the tourists (a 70 year old retired Marine who chooses to remain anonymous) took action and killed one of the attackers, 20 year old Warner Segura. But not before the old “Devil Dog” managed to break both of his attacker’s collar bones.

Looking dangerous and actually being dangerous are not the same thing. You are getting older and as far as I know there is only one sure way to stop the aging process…(death). So you must be able to adapt your ever-changing skill set to your self defense needs and that is what the SDTS Combatives does. It literally gives you a method of self defense that adapts to your physical abilities. You learn a wide variety of lethal and non lethal weapons as well as devastating hand to hand techniques just like the one this old Marine used. There is no doubt in my mind that given our hero’s age and training that he used methods from Modules 1, 2 and 3 of the SDTS.

You may not “look” dangerous but I promise you will “be” dangerous.

The Self Defense Company

Brought to you by Damian Ross, Instructor for The Self Defense Co.

Learn About Self Defense Here!