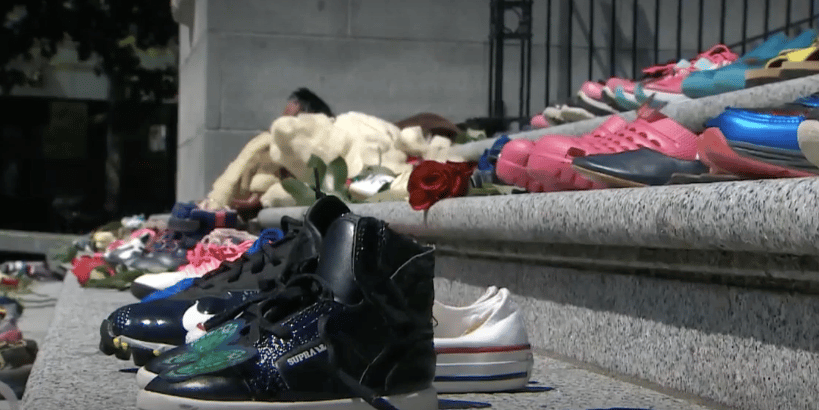 Remains from hundreds of children have been found at a long-since closed Canadian residential school, an indigenous group said Thursday. The school was one of many places where the Canadian government took indigenous children who had been removed from their families for forced assimilation.

The remains were detected near the site of the Kamloops Indian Residential School, which opened in 1890, reports the Toronto Star. Although no remains have been excavated, a ground-penetrating radar specialist helped confirm the remains of 215 children by the school.

Chief Rosanne Casimir of the Tk’emlups te Secwépemc First Nation responded in a statement Thursday, saying: “Given the size of the school, with up to 500 students registered and attending at any one time, we understand that this confirmed loss affects First Nations communities across British Columbia and beyond.”

The age of the children isn’t clear, but Casimir said some were as young as three, reports the Toronto Star.

Kamloops, which was operated by the Catholic Church and then by the state in its final years, was one of many residential schools the Canadian government forced indigenous children to attend, reports The Associated Press. The schools took in more than 150,000 kids, and as many as 6,000 of them died, including an estimated thousands from abuse or neglect.

Also Be Sure To Check Out A CALL FOR AN UPRISING’s Exclusive Video Report!