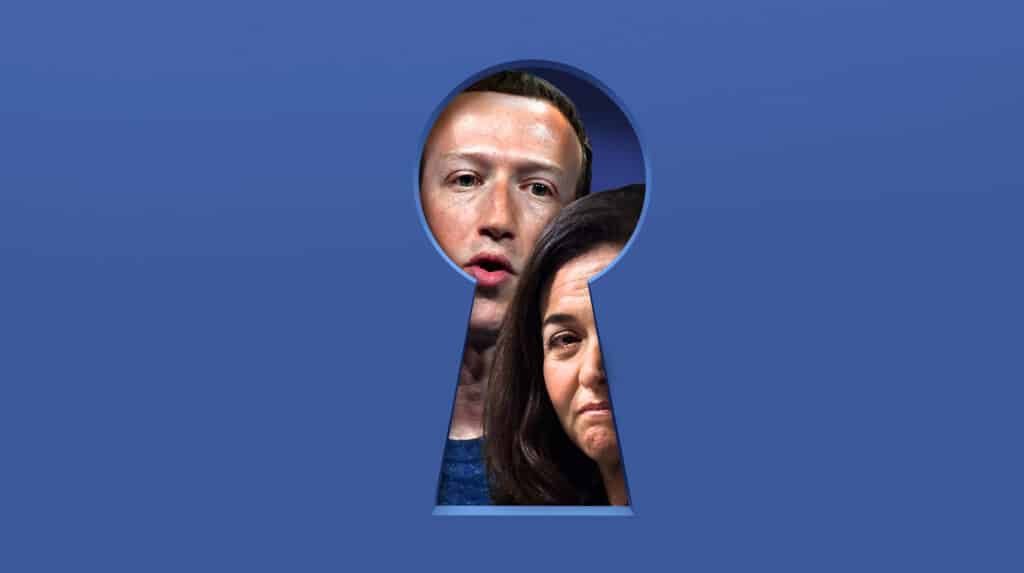 Mark Zuckerberg Should Never Be Allowed To Touch U.S. Elections Again, Nobody Elected Him

Mark Zuckerberg Should Never Be Allowed To Touch U.S. Elections Again, Nobody Elected Him

Nobody elected Facebook CEO Mark Zuckerberg, and he has made no secret of his political bias. That should be enough to ban him from influencing election machinery.

Read More at The Federalist!

Infowars reported shortly after the election:

Facebook CEO Mark Zuckerberg has reportedly called the 2020 US presidential election for Democrat Joe Biden, soothing employees’ minds while engaging in the sort of meddling his platform purports to fight.

Apparently disregarding Facebook’s public-facing image as a fierce opponent of election meddling by entities not legitimately involved in the political process, Zuckerberg dived into the fray during a Thursday company-wide town hall, according to an audio of the meeting first obtained by Buzzfeed and later confirmed by CNBC.

“I believe the outcome of the election is now clear and Joe Biden is going to be our next president,” Zuckerberg reportedly told the assembled crowd. “It’s important that people have confidence that the election was fundamentally fair, and that goes for the tens of millions of people that voted for Trump.”

The billionaire has not made any public statements regarding the election outcome – which remains disputed by incumbent President Donald Trump and his administration as several states face lawsuits and recounts – though his wife Priscilla Chan and Facebook’s COO Sheryl Sandberg have congratulated Biden and vice president-elect Kamala Harris. However, Zuckerberg allegedly complained about Trump’s refusal to lie down and accept defeat, even attempting to bat away suggestions that the president could still pull an eleventh-hour victory out of his hat during the town hall.

“I think it’s quite unhelpful that people out there are raising expectations that there is going to be a different outcome than from what was projected,” he lamented, echoing the narrative that has emanated from the media establishment over the past week even as he acknowledged that “recounts and legal challenges” are the Trump campaign’s “right and something you see in a lot of elections” but that Trump’s insistence on sharing what he deemed disinformation was “a challenge.”

Zuckerberg acknowledged Biden and his staffers “dislike [him] and Facebook,” but praised the social media behemoth’s fact-checking partners for “debunking” more false claims on Election Day than on any other date since 2016. Half of American Facebook users saw “reliable voting information” at least 13 times during their visits to the platform, he said.

While the overwhelming majority of Facebook employees who donated to a political candidate during the 2020 campaign season – 91.68 percent – gave to Biden, not all workers went along with Zuckerberg’s declaration of victory. According to Buzzfeed, a “small number of employees” took issue with their overlord calling Biden the “president-elect,” and at least one denounced the election as unfair, echoing a claim the Trump campaign had signal-boosted that dead people had voted.

Buzzfeed and several of its ideological compatriots were up in arms over Zuckerberg’s apparent refusal to deplatform former Trump strategist Steve Bannon, whose video calling for Covid-19 czar Anthony Fauci and FBI head Chris Wray’s “heads on a pike” was removed from Facebook, Twitter and YouTube last week. While Twitter and YouTube both kicked Bannon off their platforms, Zuckerberg declined to do so, arguing the pundit’s rant “came close” but “did not cross the line” that would have gotten him spiked.