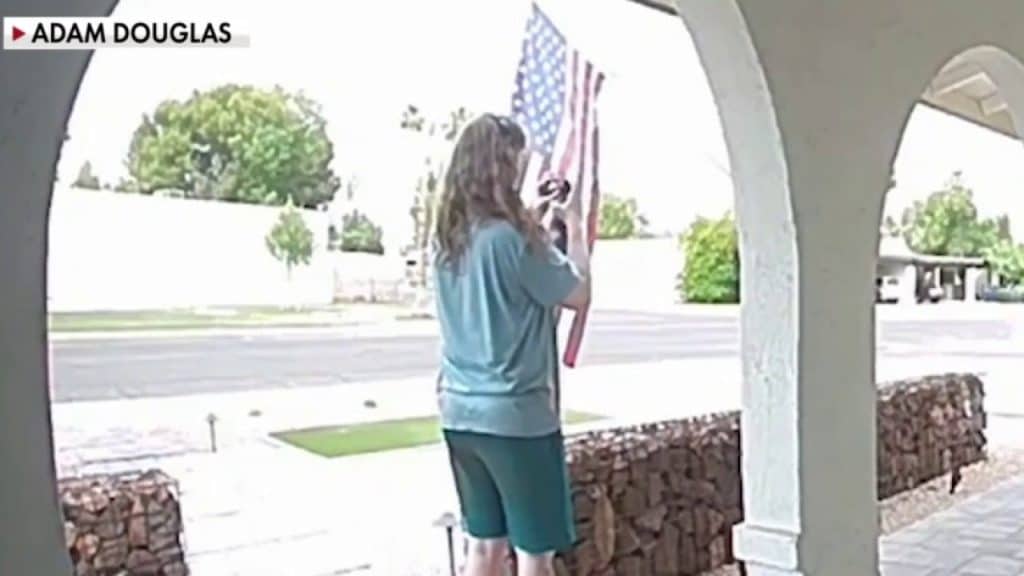 US Army veteran Adam Douglas was shocked when he reviewed his surveillance camera footage and discovered a woman (?) standing on his front porch and attempting to light his United States flag on fire.

Douglas told Fox & Friends that he was “shocked and disgusted” that this person, whose sex is “unknown” (it appears to be a woman), tried to light his flag on fire only days before Memorial Day.

“The flag was attached to my house, and uh, I had a concern that my house could have caught on fire as well,” Douglas told the Fox & Friends host.