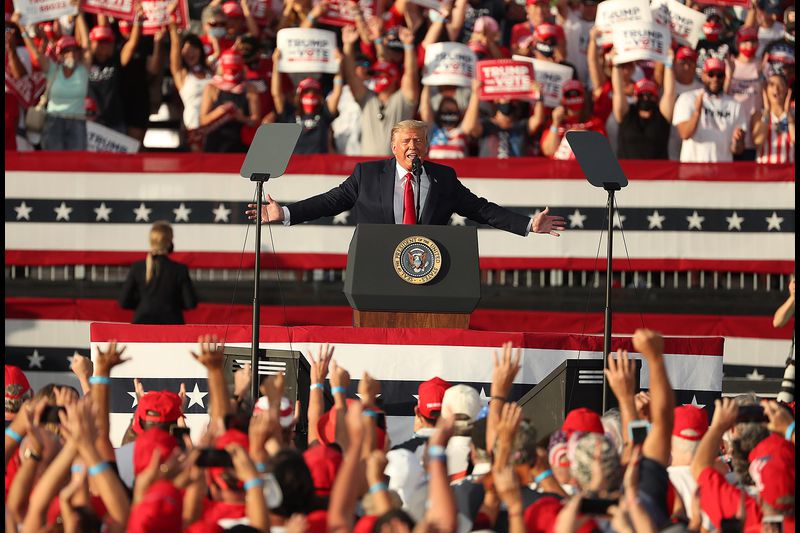 Trump Announces Plans For A Campaign-Style Rally In Georgia

Trump Announces Plans For A Campaign-Style Rally In Georgia

President Trump just emailed his supporters with news of an upcoming rally in Georgia.


The Trump team describes the rally and online fundraising efforts as a “Georgia rally blitz” and claims it will be “epic.”

The rally is being planned, perhaps to aid in the efforts by hundreds of Georgia conservatives to pressure for a forensic audit of the 2020 election.

Donald Trump originally announced the rally in May after a judge canceled a meeting to discuss a Georgia ballot review.

News of the rally will surely cause gnashing of teeth and accusations of another super spreader event by the left. At the same time, 75+ million Americans who witnessed the theft on election night will see it as a reason to celebrate and a sign of hope for America