Prophetic Word 2020: Nothing Can Stop What Is Coming … In The End GOD Gets The Victory

Trump Receives Prophetic Word: ‘I Am Giving Him a Second Win’

YES! The American People Deserve to Know What Biden & Harris Will Do to The U.S. Constitution 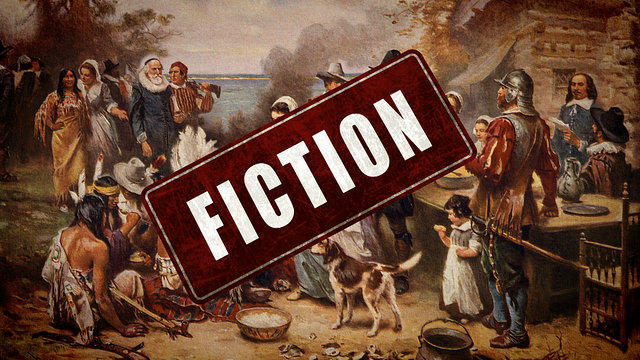 The Real History of Thanksgiving You Didn’t Learn In School

The Danger of Building a Ministry on Supernatural Encounters

Read this report from ‘Human Rights Watch’, of December 13, 2004, about the outcome of Hugo Chávez’s own Court Packing and the tyranny it engendered:

The Venezuelan Congress dealt a severe blow to judicial independence by packing the country’s Supreme Court with 12 new justices, Human Rights Watch said today. A majority of the ruling coalition, dominated by President Hugo Chávez’s party, named the justices late yesterday, filling seats created by a law passed in May that expanded the court’s size by more than half.

The law passed in May expanded the court from 20 to 32 members. In addition to the justices named to the 12 new seats, five justices were named to fill vacancies that had opened in recent months, and 32 more were named, as reserve justices, for the court. Members and allies of President Chávez’s Fifth Republic Movement (Movimiento V República, or MVR) form a majority in Congress.

In 1999 a constituent assembly convoked by President Chávez drafted a constitution that guarantees the independence of the judicial branch and the autonomy of the Supreme Court. The Constitution specifically seeks to guarantee the independence of Supreme Court justices by establishing an impeachment process according to which justices may only be removed for “serious offenses” by a two-thirds majority vote by Congress.

But in May, President Chávez signed a court-packing law that allowed his governing coalition in the legislature to obtain an overwhelming majority of seats on the country’s highest court. The 17 new justices (and 32 reserves) were selected yesterday by a simple majority vote of the governing coalition, which did not reveal the names of the nominees to the opposition members of Congress until the time of the vote. [This is exactly what Joe Biden wants to do]

The court-packing law signed in May also gave the governing coalition the power to remove judges from the Court without the two-thirds majority vote required under the constitution. In June, two justices retired after facing possible suspension from the Supreme Court as a result of these new provisions.

The political takeover of the Supreme Court will compound the damage already done to judicial independence by policies pursued by the court itself. The Supreme Court, which has administrative control over the judiciary, has failed to provide security of tenure to 80 percent of the country’s judges. In March, the court summarily fired three judges after they had decided politically controversial cases.

Chávez supporters have justified the court-packing effort largely as a response to pro-opposition rulings in a deeply divided court, such as a highly questionable decision that absolved military officers who participated in the 2002 coup.

“President Chávez and his supporters should be taking steps to strengthen the judiciary,” Vivanco said. “Instead, they are rigging the system to favor their own interests.”

As a result of following the very same Supreme Court Packing policies and laws, as Joe Biden, Kamala Harris and the whole of the Democrat-Socialist Party want to enact in America today, the packing catastrophe, of the Venezuelan Supreme Court, has transformed that once richest nation in Latin-American, into one of the most dangerous and poverty-stricken nations, on Earth.

Venezuela once was the 4th richest nation, in the world. Before embracing Socialism, it was the richest nation in Latin America. Pre-Socialist Venezuela was 4 times richer than Japan, and 12 times richer than China. Today, as a result of Socialism and packing their Supreme Court, over 87% of their people live below the poverty line, with every civil right, which they once freely enjoyed to be abolished.

By 1982, Venezuela was still the richest major economy in Latin America. The country used its vast oil wealth to pay for social programs, including health care, education, transport, and food subsidies. Workers in Venezuela were among the highest paid in the region, until the election of Hugo Chavez, the nation’s first Socialist President.

As a result of Socialism, today, Venezuela has one of the poorest major economies in in the world – and the IMF predicts it to become far worse. The Venezuelan economy, today, is far poorer than it was many years, before the Chávez era started.

The country now has massive shortages of food, electricity, and other essential goods, and violence is escalating in Caracas. More recently, the government is attempting to tighten its grip around power, and mismanagement of the economy has led to people starving on the streets. People are calling the situation a humanitarian crisis, which is extremely disheartening to see in what was once one of the richest countries on the planet.

Do you think that the same thing could never happen, in the United States of America?

There is no rational reason to believe that Socialism, in America, would have any different result. Socialism did this to Venezuela, as Socialism has done everywhere it has ruled. If Socialism is implemented, in the United States of America, this great nation will face the same results and disasters, and the nation will be in perpetual war.

For, those of us, who are patriots, will never roll over and play dead. Instead, we will load our guns, pull together and take that vicious and deadly aberration of the foundation of America down to ruin, with the purpose of restoring the U.S. Constitution to its rightful place, as the official law of the land.

Venezuela is a tragedy, in itself, because the country became incapable of living up to its true economic potential because they chose to depend on other people’s money rather than seeking to create their own wealth though hard work and ingenuity. They chose to rely on leaders that fed them lies of a Socialist utopia, knowing that the only result that Socialism has only ever created is a devastating dystopia, everywhere it has been tried or been forced upon a nation’s people.

The only way that the Democrat-Socialists can cause this terrible travesty is to gain majorities in both houses of congress and be allowed to distort and destroy the U.S. Constitution, which prohibits this America-hating party of tyrants. The only way that can ever transpire is by we the people allowing to the Democrat-Socialists to do so, with our votes.

Therefore, in other words, Joe Biden, Kamala Harris, Bernie Sanders, Alexandria Ocasio Cortez, Elizabeth Warren and a large team of other Marxists, in the Democrat-Socialist Party can only rip America’s freedom to shreds if we, the American People permit them to. If Biden wins, he will not be president. It will be a government of Kamala Harris, AOC, by Bernie Sanders and for their socialist nationally suicidal agenda.

Karl Marx made the statement that you just keep reintroducing an idea over and over and over again, the people will get used to it and it will eventually become a normal and acceptable idea to the masses. We have to be vigilant because that is already happening in the United States, now.

AMERICA – We have the most crucial decision to make, in the history of our Republic, on November 3rd, 2020. Will we continue to live free together and to work hard together or will we decide that we will become dependent vassals of an all-consuming vast, deep and ruthless government that will control our every breath we take. AMERICA…DESTINY IS KNOCKING AT OUR DOOR! WHAT WILL YOU DO?

"Congratulations to @GenFlynn and his wonderful family, I know you will now have a truly fantastic Thanksgiving!"

With more commerce occurring online this year, and with the holiday season upon us, the Cybersecurity ...