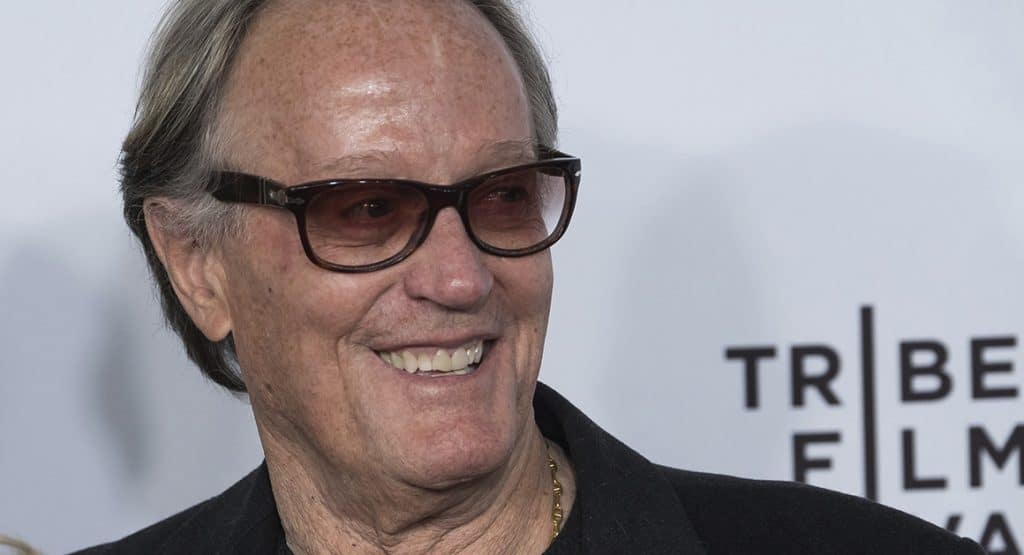 Last month we took you BEHIND THE SCENES and reported on the actions taken by “Operation Mayflower 2018” … this group red pilled the masses on Twitter for over two-weeks straight until hitting a brick wall when the Corporate Social Media Giant removed over 80,000 of these “troll” accounts in ONE day! They were in fact NOT troll accounts however. These were many p*ssed off Americans answering the call when their government failed them!

President Donald J Trump is DRAINING THE SWAMP which is why the leftist establishment hates him so much. It is the only reason they attack everything he says and does. With this whole immigration ordeal, It was NEVER about the children! Research “Pizzagate Truth” … look up “Adrenochrome Illuminati”.

Peter Fonda and Sony Pictures Classics are now facing backlash after the actor suggested in a tweet that someone “rip Barron Trump from his mother’s arms and put him in a cage with pedophiles and see if mother will stand up against the giant a-hole she is married to.”

Anyway, the same group we reported on took to “Boundaries” Official Movie Facebook Page and expressed their grievances. It was quite comical … here you can see: 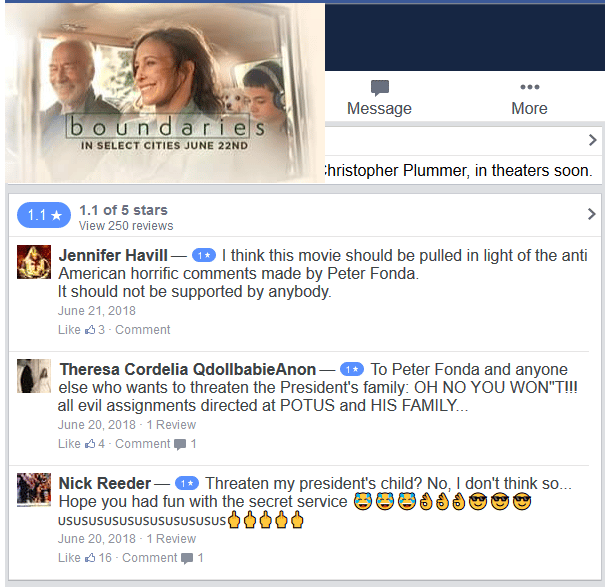 It looks like Sony really is in hot water and has some apologizing to do. What do you think?