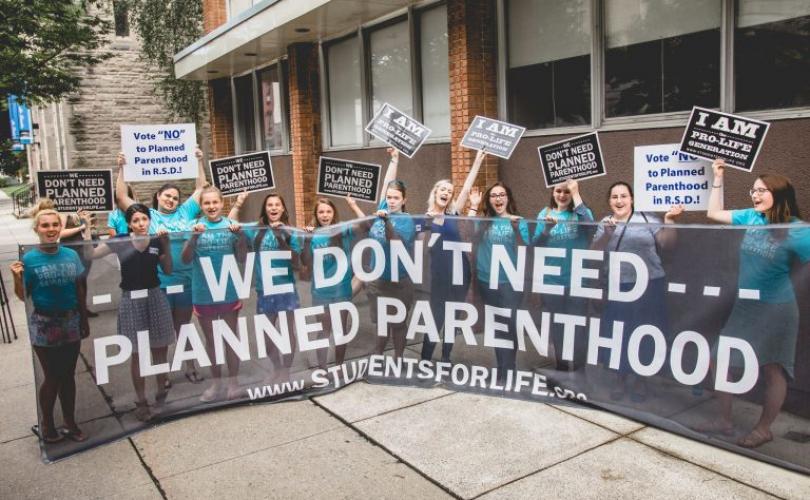 Missouri appears to be the first state in America without an abortion facility.

Recently, Operation Rescue confirmed that the Planned Parenthood in St. Louis, the only licensed abortion facility in Missouri, is not aborting unborn babies – and hasn’t been for months.

“While the [St. Louis] Planned Parenthood remains open and licensed for abortions, we confirmed that none are being done there. … There is no operational abortion facility in the State of Missouri, making it the first Abortion-Free State at this time,” Operation Rescue president Troy Newman said last week.

Instead, the group found that the St. Louis facility is referring women to a new Planned Parenthood a few miles across the border in Illinois for abortions.

and in more recent news …

Texas now has 19 cities that protect unborn babies from abortions.

The Texan reports the city of Goldsmith voted unanimously Wednesday to pass a Sanctuary for the Unborn ordinance and ban abortions within city limits.

The ordinance recognizes that unborn babies are valuable human beings who deserve to be protected under the law. It prohibits abortions within city limits and prevents abortion businesses from opening there. The ordinance also penalizes abortion practitioners for aborting unborn babies, but it does not penalize women who seek or have abortions.

“We declare Goldsmith, Texas to be a Sanctuary City for the Unborn,” the ordinance states. “Abortion at all times and at all stages of pregnancy is declared to be an act of murder… The Supreme Court erred in Roe v. Wade when it said that pregnant women have a constitutional right to abort their unborn children.”

The New York Times reported in 2019, that “9” U.S. States had made some type of restriction on killing innocent babies, but of course they justify it as ‘reproductive rights’.

Who murders their young? Not a civilized society! Witches & Satanists do that!