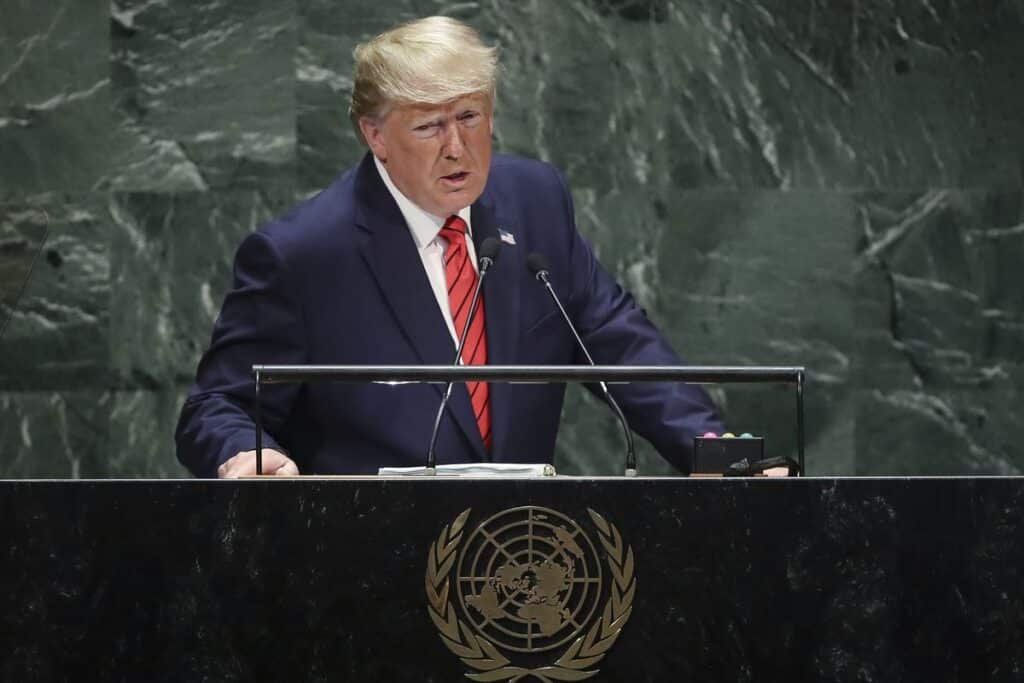 Trump Attacks Globalism and Urges Action on Iran at UN

UNITED NATIONS (AP) — President Donald Trump stood before world leaders at the U.N. General Assembly on Tuesday and rejected “globalism” and liberal immigration policies while exhorting the world to act against Iran’s “bloodlust.” His speech and subsequent meetings had to compete with news from Washington that the House is moving forward with an impeachment inquiry.

In his address, Trump took aim at China, Venezuela and what he called a “growing cottage industry” of radical activists intent on pushing for open borders that harm national security and sovereignty.