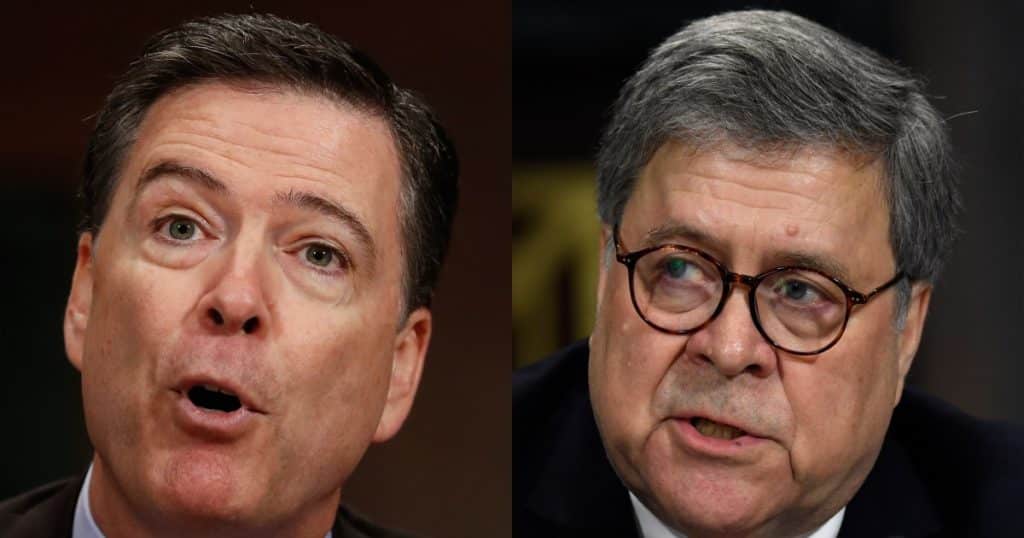 The talk the past couple days was all about “The Comey Report”. Anons were expecting it to drop this week, and it looks like we have some fruit …

The report states that “Comey’s retention, handling, and dissemination of certain Memos violated Department and FBI policies, and his FBI Employment Agreement.”

However, Attorney General William Barr has reportedly decided not to press charges against Comey for the handling of the memos.

“After reviewing the matter, the Department declined prosecution. Thereafter, we prepared this report to consider whether Comey’s actions violated Department or FBI policy, or the terms of Comey’s FBI Employment Agreement. As described in this report, we conclude that Comey’s retention, handling, and dissemination of certain Memos violated Department and FBI policies, and his FBI Employment Agreement.4”

EA Truth Media says, “Can we trust Barr? First, we find out that his father had ties to Convicted Pedophile Jeffrey Epstein, and now like every other swamp creature, HE REFUSES TO PRESS CHARGES, making himself NO BETTER THAN COMEY HIMSELF in my opinion.”

“How long do we keep chasing that White Rabbit or decide to climb out of the hole, like we have dug and dug chasing something so elusive? Do we keep making excuses for these government elite (and that’s what they are) who only protect one another, and keep chasing fairies?”

Read more about this release on DML News App here!