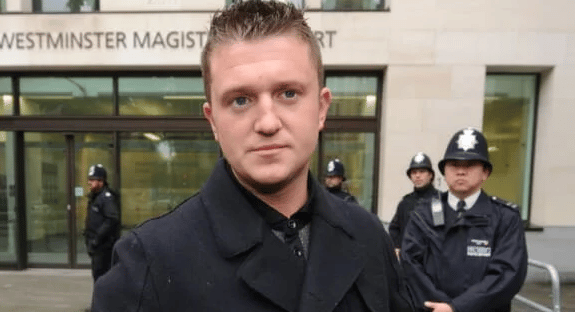 Tommy Robinson Is Seeking Asylum in United States, Says He Will Be Murdered in Prison

Independent journalist Tommy Robinson is [seeking Asylum] in the United States after being found guilty of contempt of court for a second time over livestreaming outside a 2018 Pakistani grooming gang trial in Leeds.

Robinson is facing up to two years in prison for his reporting and is [seeking Asylum] from President Donald Trump.

“In desperation, I’m making the appeal to President Trump urging him to get his lawyers and his team to look into my case. I’ve already been unlawfully imprisoned, now I’ve been convicted — not by a jury of peers — but the government that got me through a back door. I’ve been convicted for journalism,” Robinson told the Gateway Pundit. “I seek political asylum because I believe that in two days time I’ll be sent to prison to be murdered by a government who oppose and have taken our freedoms away.”