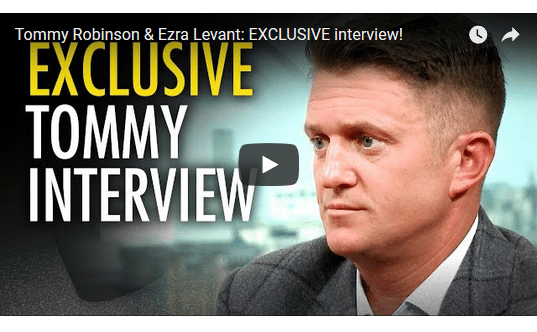 Tommy Robinson Interview: Do You Know What They Did To Me In Prison?

In May, I was thrown in prison for 13 months for contempt of court, because I reported the news from outside a Muslim rape gang trial in Leeds.

In August, after I served two and a half months in solitary confinement, the Court of Appeal threw out that conviction and set me free, because of outrageous errors made by the judge in Leeds.

But I’ve never told anyone the full story of what happened that day in Leeds, after I was thrown in the back of a police van, and driven away.

But now I want to tell you everything — from the kangaroo court hearing, to being sent to prison in Hull, to being transferred to HMP Onley, the prison with the highest Muslim population of any C-category prison in the UK.

It’s the most candid interview of my life.

I describe things I haven’t told anyone before:

The facts in this interview — and the documents I show on screen — will outrage you. The only consolation I take from this whole situation is that seeing it unfold has made many more people speak up. Our support grows, and we are succeeding in winning peoples’ hearts and minds.

You can support Tommy here.