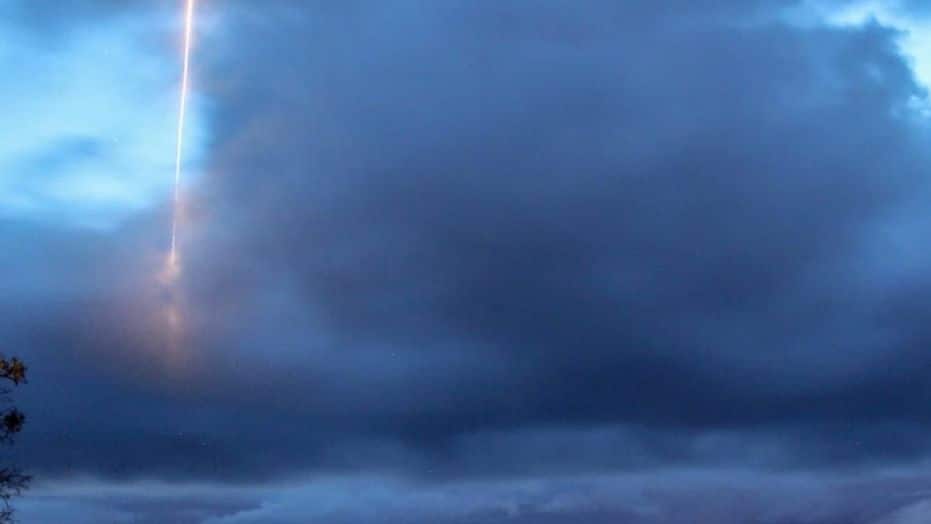 A weather camera on an island in Washington state on Sunday captured a mystery object that appears to some to be a missile in ascent, Q13Fox.com reported.

The object was spotted at 3:56 a.m. over Whidbey Island, where there is a naval air station. But a spokesman from NAS Whidbey Island said there are no missile capabilities at the base.

Regardless of what the mainstream says, Q Anon paints a different picture: 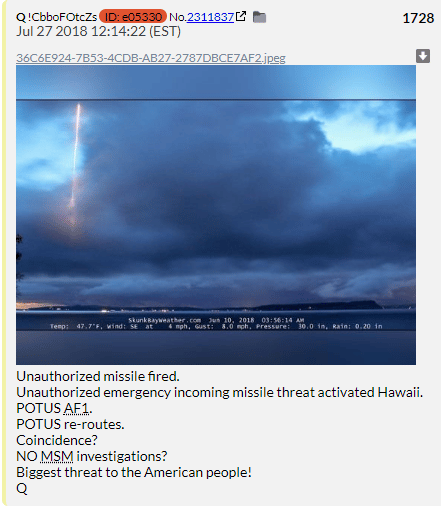 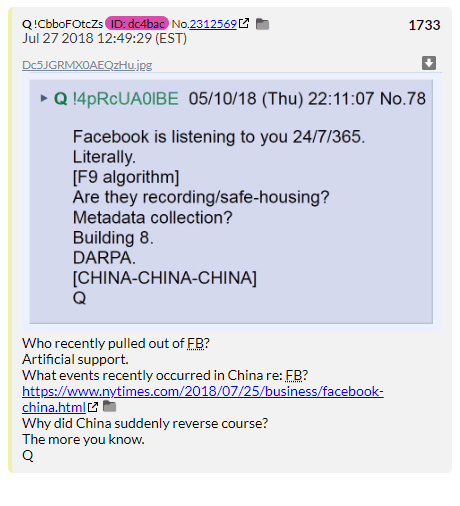 So that’s it folks, … I’m not saying it! It looks like “Underground INTEL” says Hawaii may have been in danger, but the missile was shot down by an F16 fighter pilot.

If you have any further details on this story PLEASE CONTACT US!!!