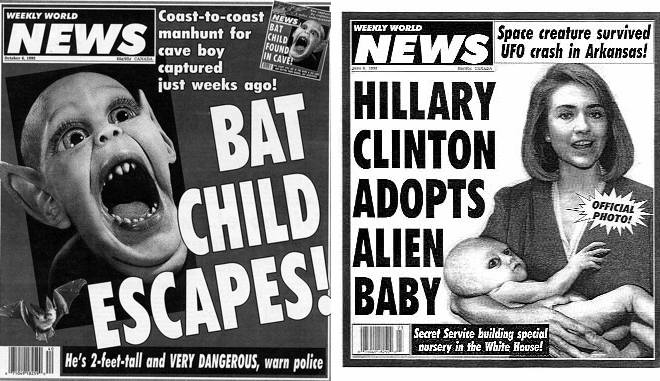 The whole “fake news” narrative is clearly part of a dirty tricks campaign to pressure governments, Google, Facebook, Twitter, YouTube and other tech giants to censor information that is inconvenient to the establishment, for which the mainstream media serves as a mouthpiece. – Infowars.com

The leftist media corporately owned by George Soros and other elite bankers are hell-bent on deceiving and brainwashing the American people. We don’t go into conspiracy theories like those in the above photo by any means, because these things are way far-fetched. We speak the truth. Don’t let me deceive you. The rich banking families around the world want One World Government and they want you DEAD!

Do you think this is going to be a “happy new world order” where we all hold glow sticks and eat sugar pops? NO! The “utopia” will benefit the elite only, and the rest will be in poverty and be controlled by the upper 1%. We’re already seeing the demise of the middle class, and this is all just around the corner.

Since the beginning of television programming, the government have been shimmying their evil hands in the media by using rich banking families like The Soros, Rockefellers, Rothschilds and Carnegies to buy out the media outlets. We’re talking real FAKE (Mainstream) news! here!!!

The real FAKE (Mainstream) news have put out a hoax attacking the REAL NEWS like Breitbart, Drudge, Infowars and “yours truly” saying that we spread lies. These people have been in power for so long they don’t want their dynasty to end.

The leftists are scared, frightened in a corner, because they didn’t realize how powerful the people could be.

But now that Trump has been elected, the power of THE PEOPLE has been shown!!!

We will not back down. We will continue to fight … I urge you to bookmark our site, subscribe to our email insider list and RSS feed now! We need to be able to reach you if they take this site down!!!

We are not at war with other conservative outlets. Instead we stand bold and strong backing them up. We commend Breitbart, Drudge, Infowars, American Action News, The Horn News and so many more that are the true REAL NEWS. This is a revolution.

We’re taking over, globalists, whether you like it or not!

Here we come! lead follow or get off the tracks!!!

the truth powered by The TRUTH

Isn’t it ironic how the mainstream media has the nerve to lecture everyone else about “fake news” when they are the primary source of fake news on a consistent basis stretching back years?

Below is the list of real FAKE (Mainstream) News Outlets: 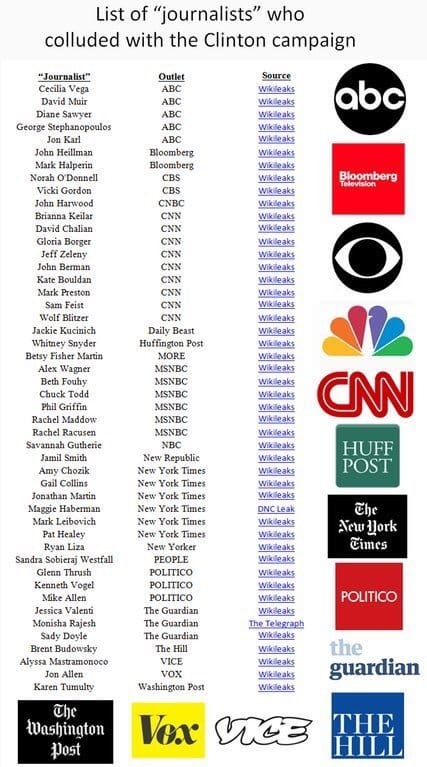 Probably the biggest story being lied about by real FAKE (Mainstream) news now is The Russian/election Conspiracy. This is entirely false. They have no proof. They are stating that 17 agencies have come forward saying this, when that is FALSE. In fact, a rogue group of leftists presented Obama with the “suspicion” that Russia meddled in the US Election, and even they, have no proof. Why no proof? Because the conspiracy doesn’t exist. Killary will do anything to ruin Donald Trump whether she gets in office or not.

In order to understand how deep in the rabbit hole this goes, you must know who you’re dealing with. Our enemy is the GOD of the elitists (and yes! Hillary is an elitist) accepting bribes from Saudi Arabia, fueling ISIS. Their God is not the true, genuine, loving God we all know of. He is in fact Satan. I think a lot of our readers “get this” but there is still a large population we wish to reach that are entirely clueless to just how deep this goes. It just hasn’t “HIT THEM” yet, but don’t worry. It will, sooner or later.

This is a spiritual war, like anything else! PRAY! pray for truthful, alternative news outlets like ours. We are hiring for Investigative Journalists. Use the MESSAGE BUBBLE on this page to CONTACT US TODAY! Thanks for reading!

The Evolution of Critical Thinking & Rise of Outright Disinformation & Propaganda | Eternal Affairs Media | the truth powered by The Truth | What Will You Believe?