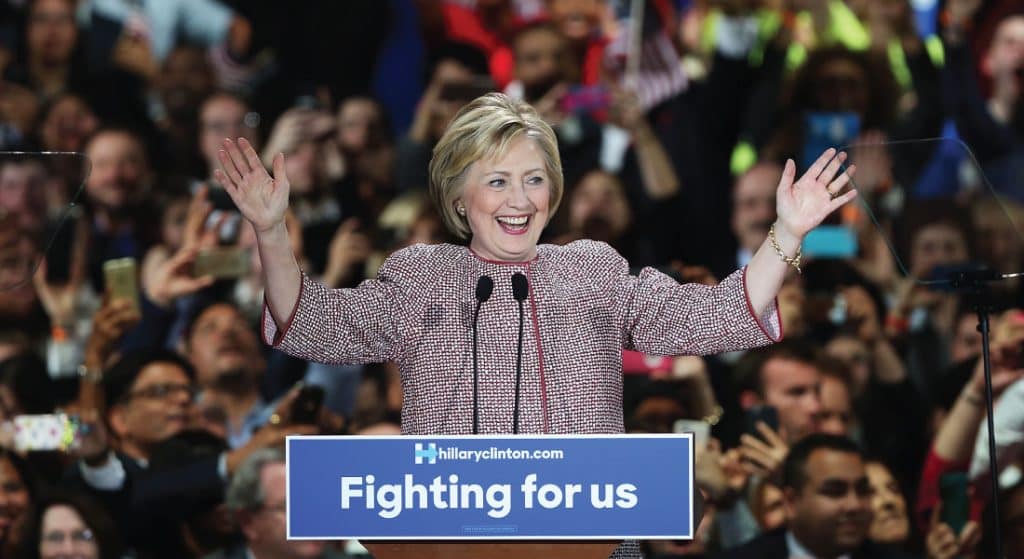 Michelle Honig of Obsever says,”Criticism of Hillary Clinton’s $12,000 Jacket Is Sexist and Hypocritical”

The New York Post reported on June 5, 2016 — “Hillary Clinton’s New York primary victory speech in April focused on topics including income inequality, job creation and helping people secure their retirement. It was a clear attempt to position herself as an everywoman. But an everywoman she is not — she gave the speech in a $12,495 Giorgio Armani tweed jacket.”

Sam Dorman MRC NewsBusters said — “While the media didn’t cover Clinton’s out-of-touch choice of dress, it did report on Muhammad Ali’s death and controversy surrounding Donald Trump’s comments about the judge in his Trump University lawsuit.”

The liberal media doesn’t only wish to cover up everything Clinton says and does, they want to twist & turn what’s really happening into a deceptive lie as well as call every supporter of Trump SEXIST, RACISTS, BIGOT, ETC. ETC. You know why?

They DON’T have a valid argument.

That’s all the liberal democrats know how to do …

and they stick to the same insults over and over even though they are not true!