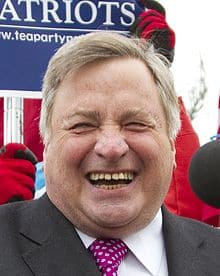 Go Inside The Clinton Foundation: Political Advisor to The Clintons Spills His Beans about Bribery

Go into the early days of Hillary Clinton when Bill Clinton was president in the White House.
According to Dick Morris, Chief Political Advisor for Bill Clinton that gives the insider story, Hillary wasn’t always that corrupt. Of course she accepted a few small bribes. That was nothing compared to the illegal activities she’s involved in today.
Dick gives insider details into when and how The Clintons got involved in major corruption as well as the TRUTH as to why The Clinton Foundation was founded in the first place. He was right there to watch it all.

COULD THE CLINTON FOUNDATION BE JUST A “PONZI SCHEME” ?

See the video for yourself: