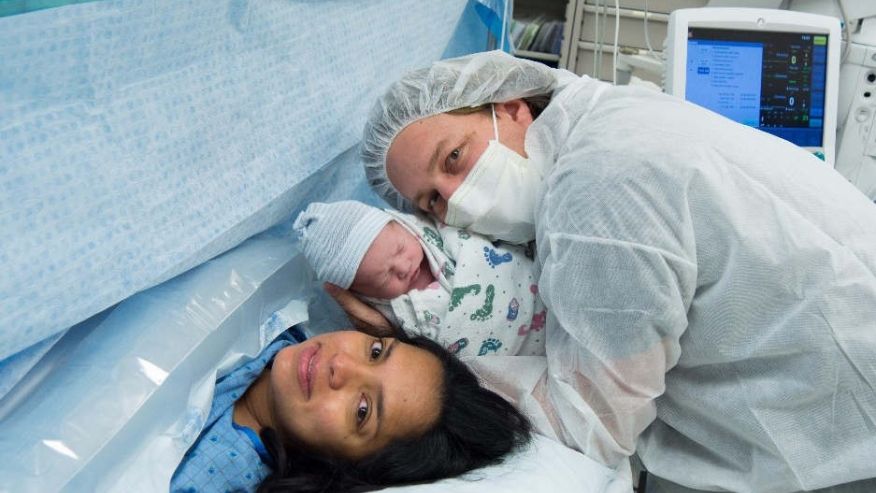 Here’s the story guys:
(Utah) in September, Ryan Grassley was “as excited as any proud father and couldn’t wait to hold the infant. But later on, he received a bill charging him $39.35 for this tender moment of “skin to skin” contact. The image has received nearly 5 million views on Imgur and thousands of comments on Reddit. Grassley created a GoFundMe page to cover the $39.35 charge. It’s surpassed its goal and raised $100 at the time of writing. On the page, he clarified that posting the bill was just for laughs.”, says Marissa Wenzke with Mashable.

“To be clear I wasn’t complaining or trying to send people on a witch hunt for the hospital,” he wrote on the page. “I posted the bill to Reddit because I thought it was funny. It has been interesting to see the shock from people around the world at the cost of medical expenses in the USA.”

Ryan, I understand you were just trying to get laughs, but in reality, this angers me. It’s ludicrous that you would have to pay a PENNY to hold your OWN child! It’s time that Americans start standing up against corporate greed! Who knows, this may have been due to Obamacare?