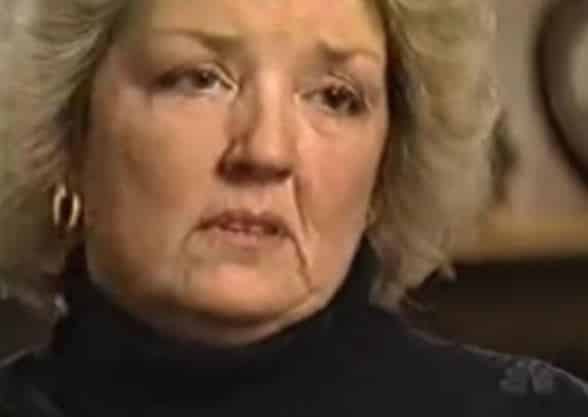 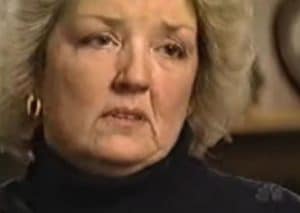 by Curtis R Bizelli | Eternal Affairs Media
@TruCurtBizelli
Chelsea Clinton responded to Donald Trump’s claim that he had went easy on her father, Bill’s sexual assault history on women by claiming in an interview with Cosmopolitan, her father’s past is a “distraction.”
The Horn News reported on this well:
“In other words, Chelsea doesn’t want to hear about alleged sexual assault victims, because she and her family have got bigger worries.” Bigger worries?
For …
Revolting? Clinton critics thought so… and just when you think it doesn’t get any worse, “one brave woman wasn’t going to sit in silence over that outrageous statement: Juanita Broaddrick, the woman who accused Bill of violently raping her in 1975.” (The Horn News, 2016)
Juanita’s words quickly went viral.
There’s no getting rid of the issue now, Clinton family. 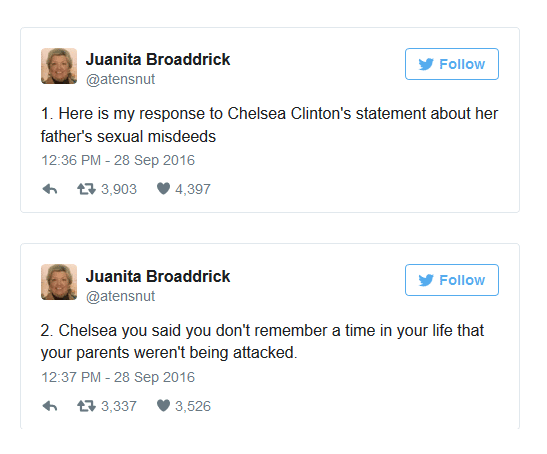 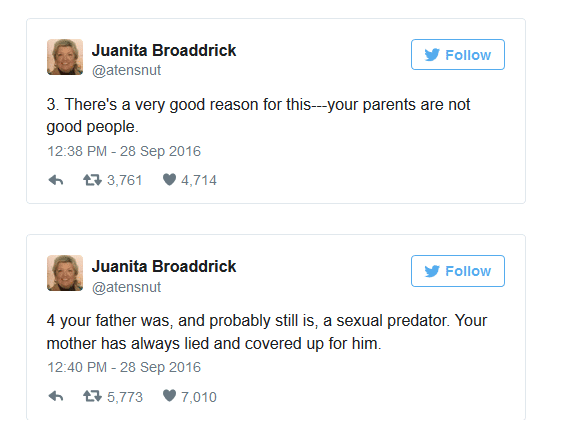 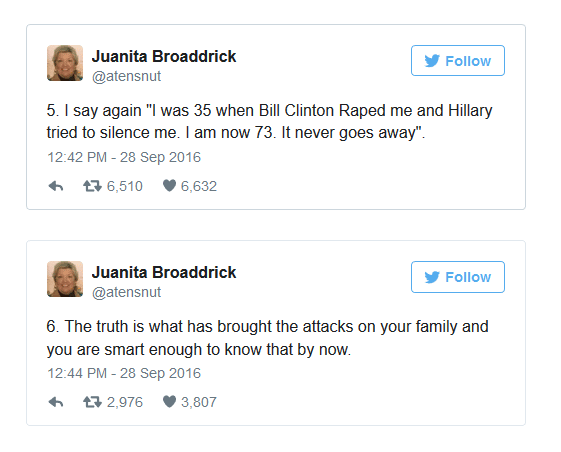