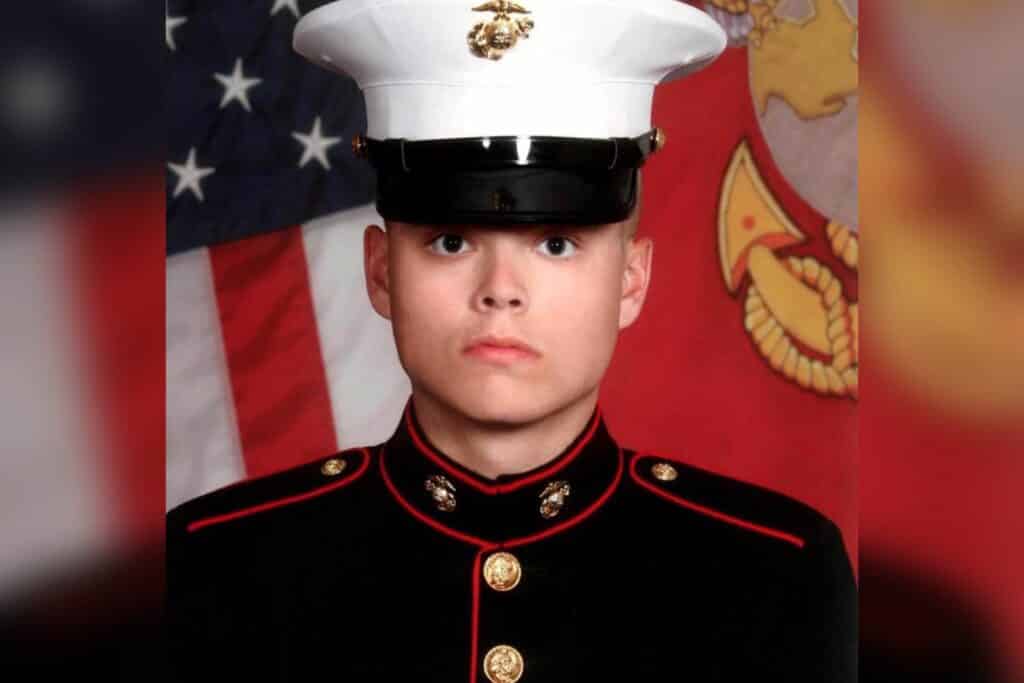 Hundreds of Patriots Turn Out in Wentzville, MO with 9 Hour Notice to Honor LCpl. Jared Schmitz Killed in Kabul Bombing

Hundreds of Patriots Turn Out in Wentzville, MO with 9 Hour Notice to Honor LCpl. Jared Schmitz Killed in Kabul Bombing

Lance Corporal Jared Schmitz from Wentzville, Missouri was killed by an Islamist suicide bomber at the Kabul Airport on Thursday along with 11 fellow US Marines, a Navy corpsman, Army Soldier, and at least 160 Afghans.

This was made possible after Joe Biden withdrew US troops from Afghanistan, armed the Taliban resistance, and closed Bagram Air Force Base two months earlier creating a situation where remaining Americans were forced to flee the country from the unsecured Kabul city Airport.


On Friday night Wentzville, Missouri patriots called for a demonstration on Saturday at 9 AM to show support for LCpl. Schmitz and his family. This morning HUNDREDS of patriots turned out on the Wentzville Parkway to honor Jared Schmitz.

Please use the buttons below to TWEET & SHARE this post ... and leave your thoughts & feelings in the COMMENT SECTION by scrolling down ... If you haven't joined TRUTH PREMIUM, what are you waiting for? Click Here
21
SHARES
ShareTweet
5 1 vote
Article Rating
Subscribe
Connect withD
Login
Connect withD
0 Comments
Inline Feedbacks
View all comments