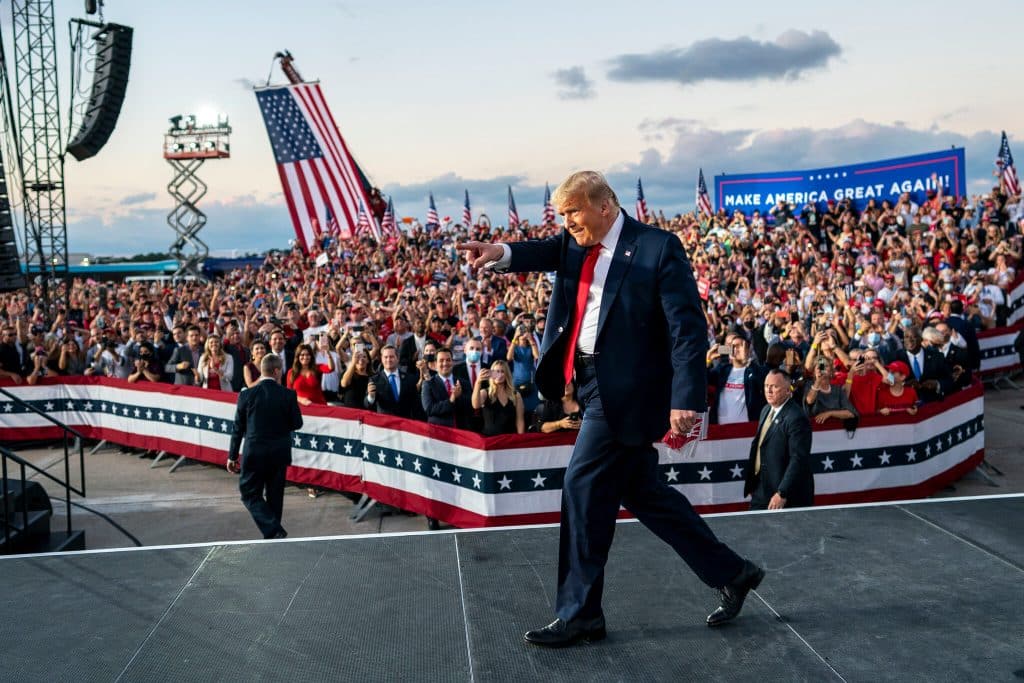 Chanel Rion with One America News Network interviewed President Donald Trump and he let the cat out of the bag regarding his upcoming rallies Patriots have been so excited for. Get ready …

President Trump released a schedule for four “campaign-style” rallies in the four battleground states of Florida, Georgia, Ohio, and North Carolina. He hasn’t held a rally since the “Stop the Steal” Rally on January 6th.