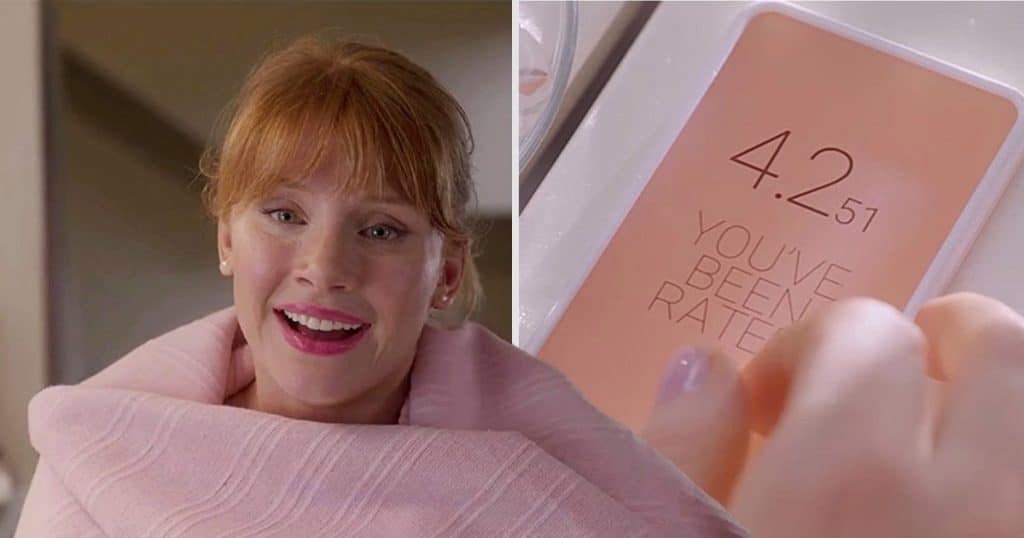 I was turned on to the Netflix series Black Mirror a few months after the first season was released. If you started with Season 1, Episode 1 – “The National Anthem” – as I did, you instantly knew this was a different kind of show. The four seasons that followed have, for the most part, been good. There have been some “misses” but nothing’s gonna be perfect. Season 3, Episode 1 – “Nosedive” – which dropped on October 21, 2016 was not one of those “misses,” but, instead an instant favorite among fans. And now, only four years later, I would argue that the premise of the episode is quickly becoming reality.

For those who have not seen the episode or need a refresher, the premise of “Nosedive” is that social media’s system of approval has entered into real life. The “like” or ❤︎ response used to approve or disapprove of a post someone shares is now used to rate everyone according to their behavior, not just posts. Every interaction you have with another human can be rated and affects a social credit score that everyone can view. If you’re rude to the barista at the local coffee shop, he/she can ding you. And if your score lowers beyond a certain level, you begin to lose “privileges” such as your house in a “good” neighborhood or access to stores and transportation. Your score can even impact friends and family around you. You wouldn’t be able to have the proverbial “bad day” without risking your very livelihood. The overarching message here is that given this social pressure, society as a whole would improve as those who possess low scores would be shunned at all costs.