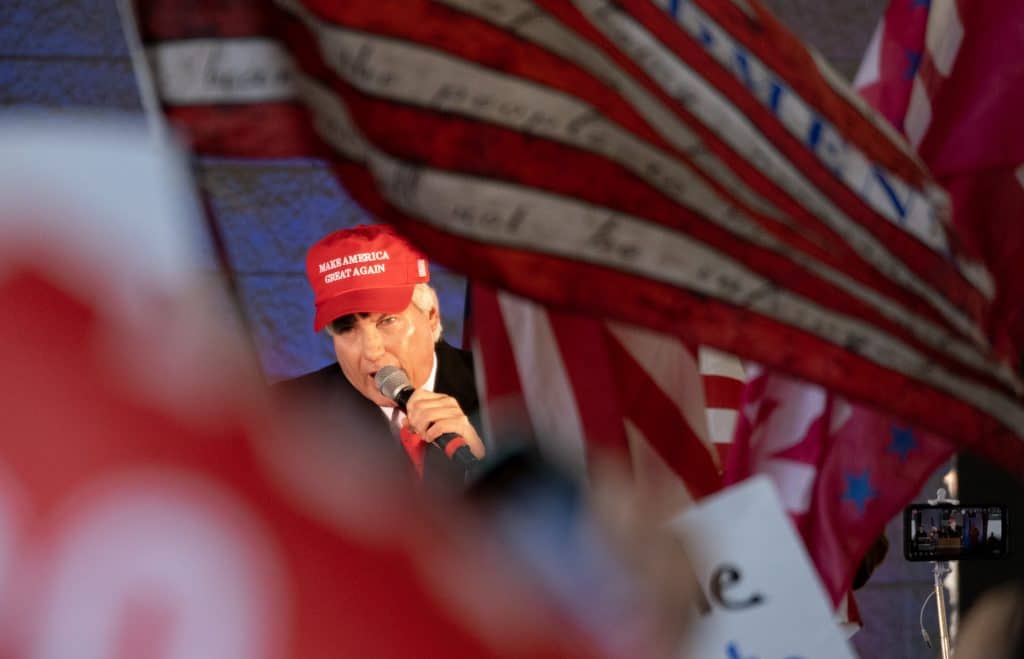 Attorney Lin Wood, a lawyer who filed third-party lawsuits on behalf of former President Donald Trump’s election challenges, said he would not undergo a mental health evaluation requested by an attorney licensing organization.

The move to refuse the evaluation would potentially put his law license at risk.

Wood wrote on Telegram that the State Bar of Georgia informed him that he would have to submit an evaluation to keep his license to practice law.

“I have done nothing wrong. I have only exercised my right of free speech,” Wood wrote in his post. “I will not allow the State Bar to persecute me for doing so and thereby violate my Constitutional rights.”

I will not be intimidated. I will continue to speak truth.

The enemy wants me to stop my efforts to support President Trump, to fight for the Constitution, to fight for honest elections, to fight against pedophilia and child sex trafficking, and to expose government corruption.

I will not stop. I will continue my efforts to fight for justice.

If the enemy has fooled itself into believing that I will go quietly in the dark of night, the enemy is wrong. I will continue my imperfect best efforts to shine light on the darkness.

Such as they were in the beginning so shall they be at the end.

Thank you for your continued love, support, and prayers.”