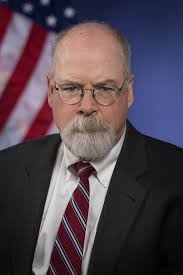 Attorney General Bill Barr has appointed U.S. Attorney John Durham to investigate the origins of the Russia investigation … (and we all know who is behind its ‘origins’).

Reports are indicating that Durham has been investigating this for weeks. Durham is the U.S. Attorney from Connecticut and has conducted many high profile investigations including some for former Obama AG Eric Holder. This fact will make it hard for Democrats to disparage him, but it remains likely they will try.

According to Fox News:

Fox News reported on Monday that Attorney General Bill Barr had assigned John Durham, the U.S. attorney in Connecticut, to conduct the inquiry into alleged misconduct and alleged improper government surveillance on the Trump campaign during the 2016 presidential election, as well as whether Democrats were the ones who improperly colluded with foreign actors.

Durham, known as a “hard-charging, bulldog” prosecutor, according to a source, will focus on the period before Nov. 7, 2016—including the use and assignments of FBI informants, as well as alleged improper issuance of Foreign Intelligence Surveillance Act (FISA) warrants.

Barr first announced that he was reviewing the “conduct” of the FBI’s original Russia investigation during the summer of 2016 last month, following calls from Republicans, and President Trump, to investigate the origins of the probe.

“I am reviewing the conduct of the investigation and trying to get my arms around the aspects of the counterintelligence investigation that was conducted in the summer of 2016,” Barr testified on April 9.