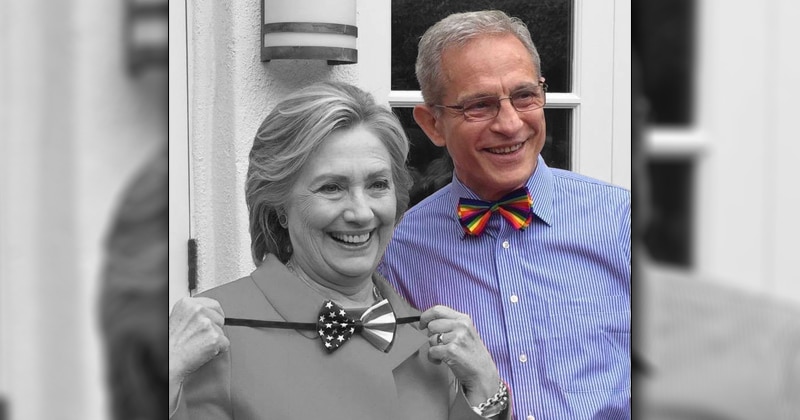 Ed Buck has donated to Barack Obama, Hillary Clinton, Adam Schiff and Krysten Sinema among others

The victim was described as a black male in his 50s.

Paramedics responded to Buck’s home in the 1200 block of Laurel Avenue shortly after 1 a.m., where they discovered a victim described only as a black male in his 50s unresponsive, according to the Los Angeles County Sheriff’s Department.

This is the second body found at Buck’s home after the body of 26-year-old Gemmel Moore was found last year, his death determined to have been caused by an accidental overdose.

Moore worked as an escort in the area at the time and visited Buck’s home 2017.

Following Moore’s death, his mother Latisha Nixon claimed Buck “has been soliciting young gay black men,” a claim she was was corroborated by other escorts.

“He has them wear these long white ‘under-johns.’ He takes pictures of them,” Nixon told KTLA at the time. “He hits them up with meth. The more meth that they smoke and inject, the more money that he gives them.”

A journal kept by Moore appeared to blame Buck for feeding him drugs he’d become addicted to.

“I honestly don’t know what to do. I’ve become addicted to drugs and the worst one at that,” a December 2016 entry published by KTLA read. “Ed Buck is the one to thank. He gave me my first injection of crystal meth it was very painful, but after all the troubles, I became addicted to the pain and fetish/fantasy.”

Buck escaped prosecution in Moore’s death after prosecutors claimed there was “insufficient” evidence to prove he provided Moore drugs.

The LA Times notes Buck, who has not been charged, is well-known in liberal communities

Buck, who is 64 and white, was a longtime political donor, a onetime West Hollywood City Council candidate and a well-known figure in LGBTQ political circles. Moore, who was black, had been homeless and had worked as an escort.