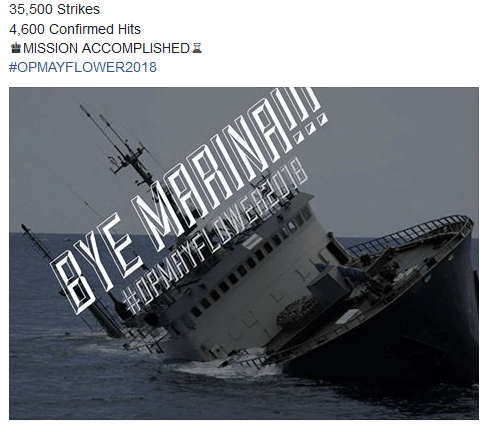 I’ve lost track of the days following this story. It has been one exciting adventure!!! #WWG1WGA

I believe it began last week on about Wednesday when a group of Trump / QAnon supporting RED PILL TRUTHERS took to Twitter and RED PILLED Kanye West’s love tweet … then again on Thursday to one of Roseanne Barr’s tweets … then on Friday this group going under the codename #OpMayflower2018 went behind enemy lines and struck CNN. They dealt a mighty blow as you can see with our previous write-ups.

Everybody was talking about Operation Mayflower and asking “What is this Op Mayflower thing?”

It was amazing to be a part of this and its not over.

The strike teams dealt a heavy blow to The Pope and then John Kerry, but went directly up against SATAN HIMSELF MARINA ABRAMOVIC on Monday with over 35,500 tweets and counting; dropping truth blows over and over!

Don’t mistake this for what it isn’t folks. This group is very organized and on target.

Where will they strike next?