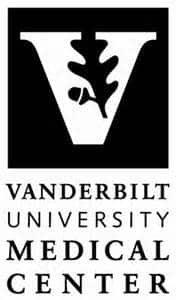 Fukushima Euthanasia – Now we know the plan. And Oh, how they dread a knowledgeable victim.

I checked myself into my local emergency room at Vanderbilt University a few days ago to report an incident of nuclear radiation poisoning from eating tuna at a local Subway sandwich shop a few days earlier (I knew better, but had really missed eating it for some 9 months). I was impressed with how quickly they got me into a back room.

In the pre-exam the nurse asked how much pain I was in on a scale of 1 – 10. I explained there was no palpable pain but, aside from other symptoms, my autonomic nervous system was screaming a nine that something was very wrong.

The first bad sign was that the doctor assigned to my case happened to be the supervisor of the entire university medical center for that shift. When he came in he introduced himself and made particular mention of his superior position there. I introduced myself and explained to him my dad was an alternative health researcher for many years, so I was raised on the ABC’s most people have to go to college for. I then proceeded to itemize several subtle processes of change I had experienced since I ingested the tuna, some of which are quite well known symptoms of radioactive exposure. I also mentioned a good friend of mine had quite suddenly died from a tumor in his neck just two weeks earlier, and that I knew him to eat a lot of tuna fish. I also then proceeded to explain what measures I had already taken to treat my condition. I said I had increased my regular kelp iodine supplementation, that I had started an expected two week diet of vegetable juice only and that I had added bentonite and supergreen powder to it. I also told him I had begun the Hoxey herbal tincture formula for blood purification.

I could not even get all this out to this point before he started interrupting me to tell me there was no such thing as radioactive tuna. I told him most civilized countries in the world had already banned the import of Western Pacific seafood and that we did not have the infrastructure to do so here in the U.S. Then he said the Japanese get all their tuna from the South Pacific (which made no sense because he had already insisted tuna caught in their region was safe anyway). Then I told him a grocery store not three blocks from there was advertising and selling fresh cut bluefin tuna from the Philippines, and said “Why don’t the Japanese just get it from their neighbors there?”

He then proceeded to explain there had never been a case of nuclear radiation poisoning from tuna anywhere in the entire country. I explained most people would not know it if it happened to them and would never even find out if it was the cause of cancer they developed much later. And I said I was lucky because of my education and having a pretty refined awareness of my bodily functions. Then I picked up again with my treatment plans, explaining I had everything I need, but, “I just need the isotope binders.” Then he made the real issue plain. He said, “I would have to call in a nuclear radionic physician and I am not going to do that.” I told him to test my blood for isotopes. He refused but offered to test it for radiation sickness. I explained that such testing only looks for damage to the immune system after the isotopes had caused it. I said there is no need to wait for the damage to take place. Then he started getting really irritated with me and demanded I believe Pacific seafood is safe to eat. I explained there was an awful lot of online information in the consensus that it was not. And I told him I came for a medical opinion based on the evidence, not a political opinion.

Then he went even further, saying I was crazy if I thought Pacific seafood was not safe to eat.

I told him “Listen guy, I may be the first, but this is nowhere near over. You are going to have an awful lot more knowledgeable people in here with this condition and you better change your game.”

He was so visibly shaken as he left the room he almost stumbled and fell.

The university security police soon showed up at the door of my room in the emergency ward and stood there peeking in at me. I asked them if they needed something. They ignored me. Then I said “Am I being detained.” They said nothing. So I put on my jacket and walked to the door to test them, saying again, “Am I being detained?” They said just do not come out of that room. I said, “Then I am being detained.” They responded they were there to make sure I do not leave. I said why would I leave if the doctor has not yet given me what I came for?

Next, a psychiatrist came into the room and started questioning me. Have you ever had mental health issues? No. Have you ever thought you heard voices? No. And on down the line…Then she started apprizing me of all the possible side effects of the alternative health supplements I told the doctor I was taking, mentioning she had just gotten these things off the internet (because she knew nothing about them). I told her all that is only for people who do not know what they’re doing.

Turns out the doctor had me detained for psychological evaluation because I would not give into to his demand I believe all Pacific seafood is safe. He then wrote a few pretty childish sounding statements in his report and referred me to a local mental health facility for follow up.

Next I was escorted by the shift nurse, who, although quite nice earlier – now seemed noticeably peaved at me, along with security officers, to the billing department where they said I owed them about $1,500 dollars. I told them I would not be paying any of that because I did not receive the medical services that were due my condition.

Actually, I never really expected to receive any useful assistance from the medical establishment in the first place. I just wanted to go shove it down their throat.

So the plan of the medical establishment is to staunchly defend its right to profit from cancers caused by radiation exposure; to defer anyone that differs with that plan to mental health status; and to sequester all real standard operating procedure for radiation poisoning into a null, if not fictional medical specialty probably under the strict control of the IAEA. Of course, no hospital administrator around wants to have them breathing down his neck, and any that bucks the plan and blows its cover would probably never be able to get another license to practice medicine again anywhere in the world.

Now combine this stance of medicine with the total refusal of the media to raise awareness about the Fukushima food situation with the public and the huge power grab over medical procedure the government is now trying to implement and what do you have? – Fukushima Euthanasia.