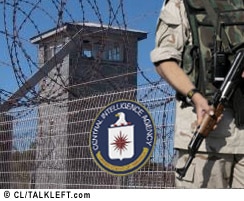 EXCERPT OF MOST VALUABLE CONTENT – Terms and Names That You Should Familiarize Yourself With … directly relating to NWO.

1. Agenda 21
2 United Nations Agenda 21
3 The International monetary fund “death of the dollar” as the world
currency
4. IMF (International monetary fund) CURRENCY BASKET/ and the UNITED NATIONS plan now being enacted to remove the USD from its seating as the “world currency” to form a “socialized” currency basket. This act in itself will change America as we know it today. It means OUR dollars value will be based on a “basket” of curriences primarily nations who are now members of the UN / G20 nations. It is in the works NOW. China, Russia and over a dozen other nations now in the G20 are pushing for this to happen SOON. This ONE move will change the face of economics world wide. It is a MAJOR step in the G20 nations and their efforts to form a GLOBALIZED currency. Americas economics will then be for the most controlled by a “GLOBAL” governing body via our own currency.
5. GLOBALIZATION I refer this to as an economic term. It is the United Nations backed plan to “globalize” world economics. It is THE “hidden” agenda behind the United nations efforts to control all nations via economics and currency. It has aleady happened in Europe. Just as with NAFTA in the United States, it started with the LISBON TREATY in europe

6. LISBON TREATY. Treaty signed by the leadership NOT voted on by the people of those nations where ALL of the nations of Europe have no lost their Sovereignty and their nations, ecnomics and currencies are now goverend by the EUROPEAN UNION.

7 EUROPEAN UNION the “socilaized” body of government that now controls the nations of Europe via their currency. The leaders of Europe were manipulated into signing away the “freedom” of these nations and the ability of their own governments to make top level decisions regarding the economics of their own nations..

8 EURO The “new” currency of Europe now used by all nations of europe. It is one step , along with the loss of soveriegnty for these nations, where the governing bodies of all European nations signed away their entire nations rights to self govern. They are now governed by the European Union.

11 And US.. THE NORTH AMERICAN UNION. One of the major steps in this plan was orchestrated by the BILL CLINTON administration via NAFTA the NORTH AMERICAN FREE TRADE AGREEMENT…Notice this was basically when America and our industries STARTED to be sold off, move to other nations.. Our nations production industries being destroyed by the millions .. Replaced by “service industry jobs”. Jobs such as WALMART probably the largest retailer/ sell out of American jobs. Walmart alone now does over $400,000,000,000.00 BILLION dollars in “retail sales”.. By their own numbers CHINESE WALMART now imports 90% of their goods STRAIGHT FROM CHINA.. Think about how many AMERICAN PRODUCTION jobs have been destroyed by this ONE RETAILER.. The numbers must be staggering.

12. Google and study Americas loss of jobs in the production industry.. I look at it like this.. How does a nation survive that has NO PRODUCT to sell.. Our nations ability to produce has been sold down the drain by the leaders of our nations and business leaders who use that ability to manipulate our government and world ecnomics.

13. NAFTA A “well heard of topic” but seemingly one that America has not understood the ramifications of. A NEED TO KNOW topic.

14.. NEW WORLD ORDER…The term is applicable to all of the afore mentioned terms and nations as well as all names that will proceed afterwards. MY understanding of the term NEW WORLD ORDER is more of an “economic plan”.. It means formation of a “world governing body”.. It means the UNITED NATIONS..It means their efforts to control the “order” of the world via the manipulation of nations through economics. Soon this will be implemented via a “one world curreny/ one world currency standard”/ where the dollar looses its seating as the “standard” of currency and a new “BASKET CURRENCY” will be formed from and by the leadership of the G20 nations…CHINA, Russia and MANY nations now pushing for it in their efforts to control/ destroy the economics of the UNITED STATES OF AMERICA

15.. BILDERBERG GROUP A VERY important name that you need to familiarize yourself with. A group of “world economic leaders” WEALTHY ELITE who now manipulate world economics… These people are a major part of the economics that now control America..

16 Study “wall street” the sell of of the NYSE (NEW YORK STOCK EXCHANGED) All part of the sell off of Americas business and ownerships.. Look around you.. Rarely a gas station among them owned OR OPERATED by a NATURAL BORN AMERICAN CITIZEN..

17. IRAQ IRAN The two “largest oil suppliers in the world… THeir supplies BOTH now majorly controlled by RUSSIA… THOUSANDS of Americans died going into Iraq . I believe one estimates states that something like 90% of the OIL and NATURAL GAS products now flowing out of IRAQ are under CONTRACT FROM RUSSIA.. Russia was
building oil pipe lines into IRAQ LONG BEFORE THE WAR ENDED. Now those pipes are pumping straight into China. Thus these nations are now being allowed to CONTROL THE ECONOMICS OF THE FREE WORLD via their oil contracts with the worlds two major suppliers along with many other factors. THIS WAS a big step in manipulating American Economics.. WE fought the war and our OWN GOVERMENT allowed this to happen.. Makes you wonder who the real traitors are doesnt it.

18 THE FEDERAL RESERVE.. The NON FEDERAL bank that IS a major player behind the scene.. THIS independant bank is owned solely by PRIVATE INDIVIDUALS or as we “conspiracy theorist” refer to them as “THE WEALTHY ELITE”.. Google this term along with Rothschild.. Watch ALL of the videos on youtube of how this BANK was underhandly manipulated into being.. The WEALTHLY world leadership families who were behind it.. How CONGRESS was manipulated.. GOOGLE “the death of John F Kennedy” while googling “The federal reserve”.. See the real reason this man is dead to day because of his efforts to destroy the UNCONSTITUATION Federal Reserve who now “prints Americas money” freely on their own presses.. THEN LOANS AMERICAN TAX PAYERS TRILLIONS of dollars of “unbacked cash”.. This bank if the primary reason that AMerica is now in debt. I read an article recently that stated that US TAXPAYERS now pay in some several hundred billions of dollars in INCOME tax every month.. Our taxes only pay around 60% of our nations monthly debt. The other 40% (SOME SEVERAL HUNDRED BILLION DOLLARS A MONTH) is borrowed EVERY MONTH.. This is where the debt “DEBT CEILING” comes into play. America now owes some 14 TRILLION dollars in debt via the FEDERAL RESERVE and its printing presses. ThAT DEBT CEILING (which is the Amount set by our government that limits the amount of money that we as a nation are allowed to borrow). Was JUST raised by another 2.7 TRILLION dollars which according to my research will only allow us to continue as we now are “spending” until around the end of 2012.. Then the “ceiling” will have to be raised again.. It is a never ending cycle. With each of these DEBT CEILING RAISES the American tax payer goes another 2,3, 4?? trillion dollars in debt. it is an endless cycle that can only lead one place..To the DESTRUCTION OF THE DOLLAR and America / her economics as we know it today.. We now owe China some 1.2 TRILLION dollars that they hold in bonds and another near 2 TRILLION dollars that they hold in AMERICAN DOLLARS.. Let that sink in.. Who do YOU THINK CONTROLS AMERICAN ECONOMCS.. DO you REALLY think that China doesnt have a say in the exporting and importing of trillions of dollars worth of goods in and out of our nation? Think again.. America is being manipuated into a socialized stated.. A state of “control”.. This control is being orchestarted by the G20 nations and they are being controlled by Communist leadership such as RUSSIA AND CHINA.. REMEMBER Bill Clintons NAFTA… It was “THE” major step leading to the destruction of American economcs..

20 THOUROUGHLY Research The UNITED NATIONS and their beginnings after WWII. How they came into being.. Their major “players” the WEALTH elite who helped to form the United Nations

21 The INTERNATIONAL MONETARY FUND… Also formed after WWII who now manipulates and controls the ECONOMICS OF NATIONS via our own “dollar”.

22. GOOGLE the ” G20 NATIONS”… STudy hard its primary players.. Its leadership.. its INVESTED interest.. Its major contributors.. ITS ORIGINS.. Those WEALTHY players who manipulated the UNITED NATIONS into being.

23 ROTHSCHILD… The family.. Its orgins.. The place that this family has held in world economics for centuries.

25 The “WORLD BANK”.. Always a player.. Too much too list.. Research their Origins.. Their “purpose”.. You will understand how they FINANCE and manipulate world everything from wars to economics “sanctioned” by the United Nations… I refer to the UNITED NATIONS, The International Monetary Fund and the World Bank as the leadership of socialism”.

Their will be MANY important names that you will run across when reseaching these terms..This is just a fraction of the things you will learn.. Names you will become familiar with such as Jesse Ventura, Alex Jones, and DOZENS of other important names who now run sites filled with important information.. You may or may not agree with all of them..You might even think they sound “crazy” at first. But one things for sure.. This “NEW WORLD ORDER PLAN”.. is being implemented whether you see it or not. You SHOULD take the time to study it thoroughly.. It is probably the most important thing that you can do for both you and your family as well as Americas future.. This once great nation has been injured to her soul.. You may not understand it yet.. But soon you will if these G20 , IMF and World banking system gets their way.. I hope you will take the time to study these terms.. You will understand what is happening if you do..