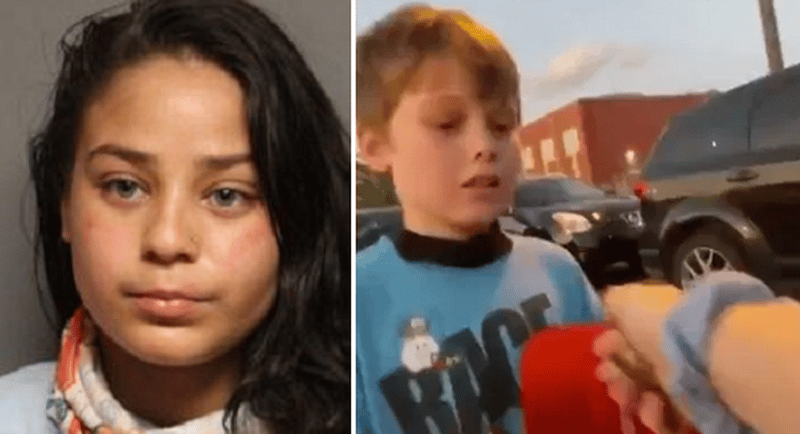 21-year-old Olivia M. Winslow of Wilmington was arrested on Friday in connection with the incident involving the 7-year-old boy who had his MAGA hat stolen, according to WDEL.

Video circulated on social media, by Students for Trump, shows two girls, one police said was Winslow, tearing up Trump signs and stealing the young boy’s “Make America Great Again” hat. The video shows the boy crying, and his mother encouraging him to get his hat back. Police said they arrested Winslow after reviewing video footage of the event. A second woman involved hasn’t yet been arrested. –WDEL

40K RTs
4.5 million views.
Because of you and your support the monster who did this to 7 year-old Riley has been arrested and charged.
This should ruin her life.
It’s a hate crime.
Let it be a serious warning to all you hate-filled Joe Biden voters.
We’re not taking it any longer https://t.co/PjAcmi872R— Benny (@bennyjohnson) August 22, 2020