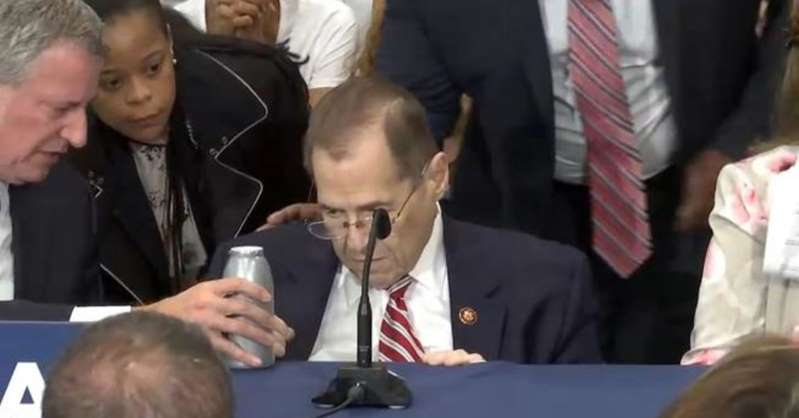 As Trump Takes Charge Over Corruption, Democrats Are LITERALLY FAINTING

Nadler, 71, appeared pallid and sick at the event promoting speed cameras, and was immediately attended to by people in the room.