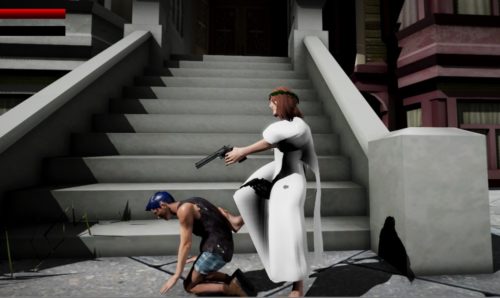 According to developers, a soon-to-be-released video game will allow you to play as Jesus Christ, Donald Trump, or Adolph Hitler in a battle against LGBTQ people, feminists and “social justice warriors.”

Other playable characters include Vladimir Putin and Benito Mussolini. The characters names are tweaked to resemble their actual names like “Dolph,” “Tromp,” or “Pootin.”

Jesus Strikes Back: Judgement Day will have an “alpha release” in late January according to the game’s website.

This is conditioning / programming at its FINEST; made to make people be even MORE Anti-Religion and Anti-Trump.

We all know Jesus wouldn’t kill any of these people. He’s loving, and neither would President Donald J Trump who is an Honorable Soldier for God in these end days where all this Bullsh*t Runs Rampant!

DON’T ALLOW YOUR KIDS TO PLAY THIS CRAP AND BOYCOTT IT COMPLETELY!