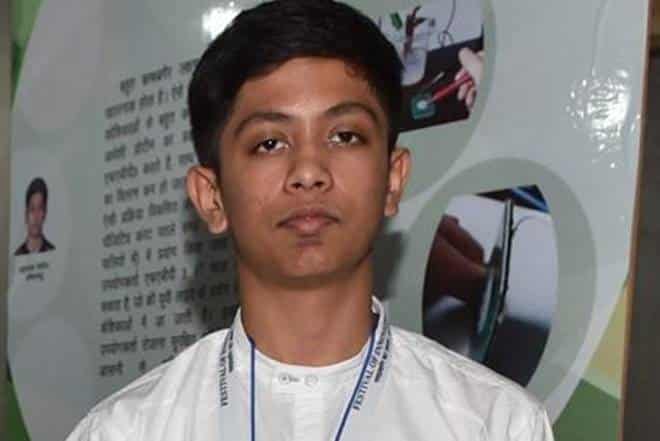 Manoj, a class tenth student from Tamil Nadu has developed a new technique that can non-invasively detect the risk of a silent heart attack – something that can save many lives in rural areas.

President Ram Nath Kovind has awarded Akash Manoj, a 16 years old student who has developed a device to detect silent heart attacks 6 hours before they actually occur. Manoj, a class tenth student from Tamil Nadu has developed a new technique that can non-invasively detect the risk of a silent heart attack – something that can save many lives in rural areas. Manoj, who was awarded a gold medal by the President, also stayed at Rashtrapati Bhavan as a guest under “Innovation Scholars In-Residence Programme”. Manoj said that silent heart attacks are extremely deadly and alarmingly common these days. He pointed out that almost no symptoms are evident and thus the people at risk look healthy, giving an illusion of normalcy. “My grandfather also looked healthy but one day he collapsed following a sudden heart attack,” he said. The unfortunate demise of Manoj’s grandfather served as an impetus for him to develop his prototype that was exhibited at Rashtrapati Bhavan. The unique technique developed by Manoj involves frequently analysing the presence of FABP3 – a blood biomarker of a heart attack – without puncturing the skin.

“FABP3 is one of the smallest proteins that can be present in blood, and is charged negatively (so it attracted to positive charges). I used these properties in this technique,” Manoj explained. The model consists of a silicone membrane that represents the skin capillaries, and a drop of a solution of proteins albumin and FABP3 to simulate blood. He further explains that when a small potential of positive charge is applied to the model FABP3 accumulates on dermal capillaries. The same can be then detected by ultra-violet (UV) quantification. The innovation can be a blessing to “at-risk” people in rural areas to test their hearts health on their own, and consult a doctor in time. Manoj wishes to become a cardiologist and wants his innovation to be available in rural areas.