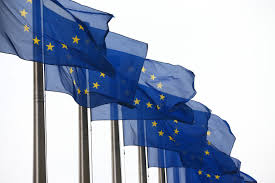 European Court Makes It ILLEGAL To Criticize Mohammad … Free Speech Does NOT APPLY!

The European Court of Human Rights (ECHR) passed a verdict last Thursday that insulting Islam’s Prophet Mohammed would be a punishable offense and will not be protected as ‘free speech’.

A panel of seven-judges decided that defaming or demeaning the Prophet Mohammed goes ‘beyond permissible limits of an objective debate. And it could cause prejudice in the society and will risk religious peace’.

The court case was about a lecturer who would talk about Mohammed being a pedophile. The court said that the woman’s comments did not abide by freedom of expression. Then the court stated that “the applicant’s statements had been likely to arouse justified indignation in Muslims” and “amounted to a generalization without factual basis.”

This is a huge strike against freedom of speech in Europe. The court just decided that feelings are more important than free speech.