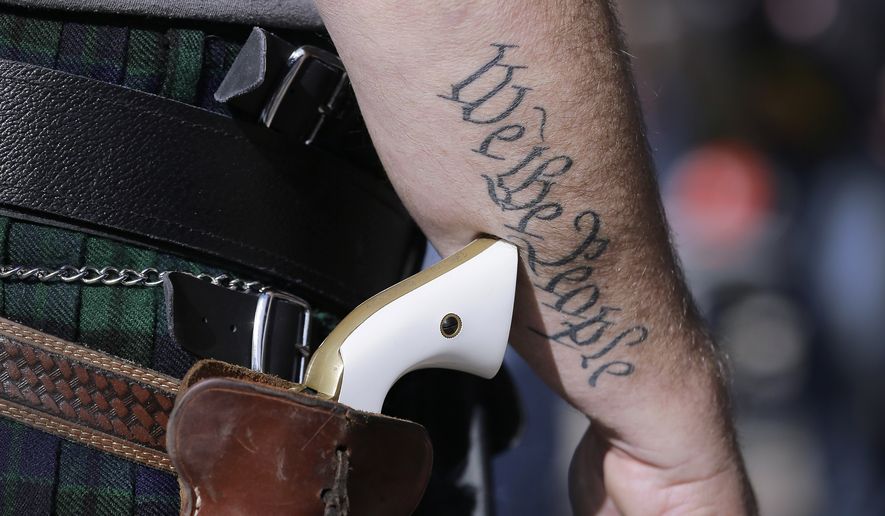 Ah, New York. The Empire State. Home of Niagara Falls, Broadway, the Stock Exchange, its own style of pizza and…

Lots and lots of ridiculous (and often unconstitutional) gun legislation.

According to Newsweek, “a proposed bill in the New York State Senate could mean that anyone wanting to buy a pistol or renew [his or her] permit will be subject to a review of [his or her] internet history and social media accounts going back up to three years. The bill, referred to as S9191, was drafted by State Senator Kevin Parker from New York’s 21st Congressional District with the intention of keeping firearms out of the hands of potentially violent people.”

As the Brooklyn Daily Eagle notes, the proposed legislation “comes on the heels of the horrific Pittsburgh synagogue shooting in October. Gunman Robert Bowers had made a series of anti-Semitic posts on the now-defunct Gab website in advance of the shooting. In another case, Nikolas Cruz, the teenager arrested and charged in the Parkland shooting, also left threatening comments on social media in advance of his violence.”

The bill is currently in the Senate Rules Committee, and the summary of it, found on The New York State Senate’s website, references the application for or renewal of a concealed carry permit as being subject to a person’s “consent to having his or her social media accounts and search engine history reviewed and investigated for certain posts and/or searches over a period of 1-3 years prior to the approval of such application or renewal.”

The Miami Herald reports that posts on social platforms such as Facebook, Twitter, Snapchat and Instagram — as well as search history from search engines such as Google, Bing and Yahoo — would be fair game for investigators: “Under the bill, police are instructed to watch for posts that include profane slurs or biased language related to race, color, ancestry, gender, religion, age, disability and sexual orientation. Other red flags would include threats to other people and acts of terrorism that turn up in the search.”

While it’s perhaps not surprising that anti-gunners would be OK violating the privacy of a whole group of people of which they’re not a part, the proposed legislation brings up troubling concerns about constitutional rights.

According to the Brooklyn Daily Eagle, “The American Civil Liberties Union has argued that government surveillance of social media has a chilling effect on the First Amendment, discouraging free expression.” And the Fourth Amendment “protects citizens from warrantless searches where they have a reasonable expectation of privacy.”

Of course, we can’t overlook the bill’s violation of the Second Amendment.

Our right to keep and bear arms shall not be infringed by something we’ve written on Facebook. (Obviously, the rules of common sense still apply. Always assume that others will scrutinize what you post on social media.)

The bottom line is that this proposed legislation is concerning on multiple fronts. And while I’m hard-pressed to think this will make it to the governor’s desk, New York has already proven to be a paradise for anti-gunners.