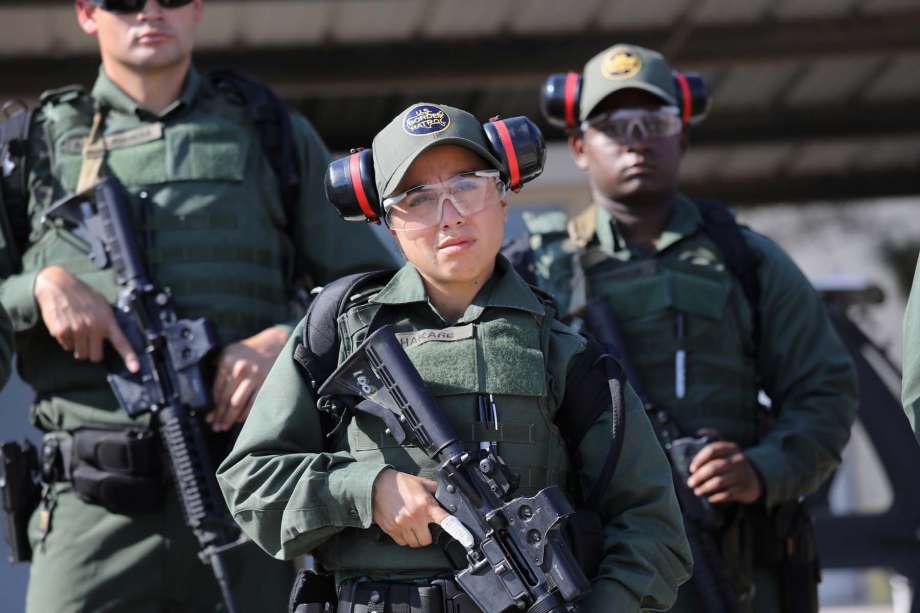 Images and videos posted on social media Sunday afternoon showed hundreds of migrants from the leading Central American caravan pushing past Mexican riot police and rushing the border at the port of entry in San Ysidro, Calif., in a major test for both U.S. border authorities and Mexican officials.

U.S. Customs and Border Protection (CBP) said it suspended northbound and southbound crossings for both pedestrians and vehicles at the San Ysidro port of entry at approximately 11:30 a.m. local time. It later tweeted that the pedestrian crossings had re-opened, a little more than four hours after the initial closure. The vehicle lanes re-opened at approximately 5 p.m. local time, five-and-a-half hours after they were closed.

CBP added that some demonstrators “attempted to illegally enter the U.S. through both the northbound and southbound vehicle lanes at the port of entry itself. Those persons were stopped and turned back to Mexico.”

U.S. border agents shot several rounds of tear gas after some migrants attempted to penetrate various points along the border and threw what appeared to be rocks at U.S. authorities.

This is a Developing story … Stay tuned to our BREAKING NEWS INSIDER NEWSLETTER DIGEST sent out Daily at 4am CDT!