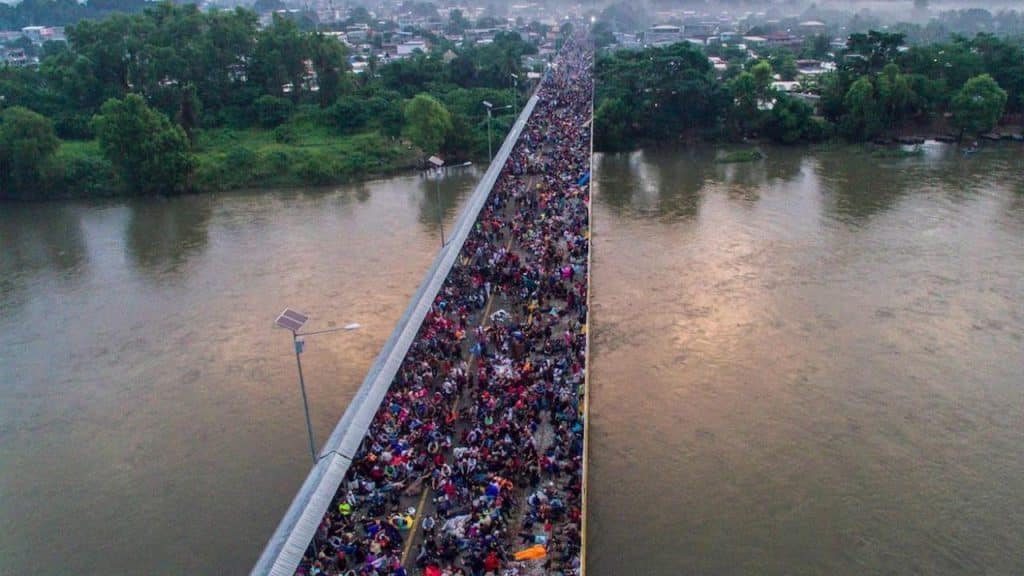 As Migrant Caravan Reaches 24,000 ~ U.S. Military Is Gearing Up For War

via Before Its News:

Soldiers in Fort Hood (Killeen, TX) are being issued full RIOT GEAR and numerous Charter Buses are being seen entering the South Gate of the military base.

Preparations are now in full swing for the United States military to confront and halt the “migrant Caravan” heading toward the U.S. southern border from inside Mexico.

As of this afternoon, the DOCUMENTED number of so-called “migrants” in the so-called “Caravan — which I refer to as a foreign invasion force — is verified to have reached ~24,000 and continues to grow.

In addition, immigration groups are already starting to muster what they plan on being forty thousand (40,000) Mexicans in areas of northern Mexico, planned to join-up with the “migrant caravan” as it approaches the U.S.

COVERT INTELLIGENCE has confirmed that communication intercepts between Mexico and elements inside the United States, are planning for existing ILLEGAL ALIENS already in the U.S., to be supplied with weapons, and to take up positions BEHIND any troops or police sent to secure the U.S. Border.

The plan allegedly includes a full scale attempt to “storm” the border by the ~24,000 migrants plus 40,000 Mexicans, and while they do a mass bum-rush at the Border from the south, the armed ILLEGAL ALIENS are supposedly to begin shooting US Troops and cops, from behind!

The goal is to successfully breach “Trump’s Border” to make a fool of him, to embarrass the “great and powerful United States” and to show that any effort to prevent unfettered migration is doomed to failure.

MORE: The powers behind this “migrant caravan” are fully expecting the U.S. to be compelled to use LETHAL FORCE and they are aggressively planning to video record such events, to use as psychological warfare against the American voting public. They want to have video of wounded or killed “unarmed migrants” to “turn the stomachs of the American electorate so they go to the voting booths and vote out Republicans.”

This entire situation is not some spontaneous, grass-roots effort by desperate people to seek a better life. It is, in fact, a well planned political effort.

Could there be a WAR WITH MEXICO? Could this be the WAR The Bible speaks about in Revelation? The King of The South will rise up and attack The King of The North? We previously published articles on this and our speculations, but again, it has come to a point where things could come about a new way with different players!