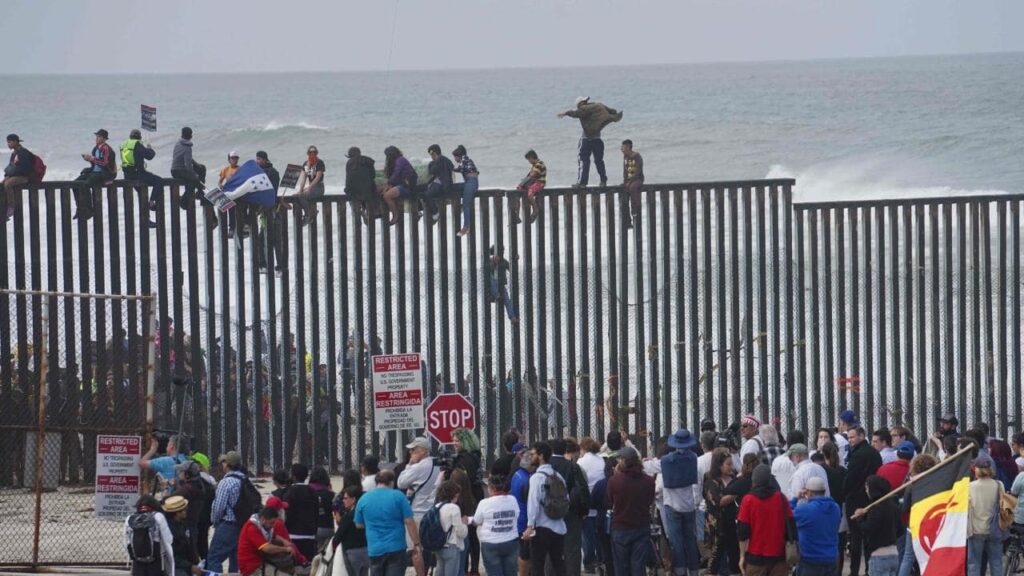 LOS ANGELES — A federal judge on Monday ordered the Trump administration to resume accepting asylum claims from migrants no matter where or how they entered the United States, dealing at least a temporary setback to the president’s attempt to clamp down on a huge wave of Central Americans crossing the border.

Judge Jon S. Tigar of the United States District Court in San Francisco issued a temporary restraining order that blocks the government from carrying out a new rule that denies protections to people who enter the country illegally. The order, which suspends the rule until the case is decided by the court, applies nationally.

“Whatever the scope of the president’s authority, he may not rewrite the immigration laws to impose a condition that Congress has expressly forbidden,” Mr. Tigar wrote in his order.

Your time is LIMITED Tigar. We, The People spoke up against ASSHOLES like you when we voted in Trump in 2016. Trump has EVERY RIGHT TO PROTECT THIS NATION UNDER A NATIONAL EMERGENCY SUCH AS THIS INVASION! YOU MY SIR ARE AN ENEMY TO THIS GREAT NATION AND YOUR TIME IS LIMITED CAUSE WE ARE DRAINING THE SWAMP AND WWG1WGA!!!