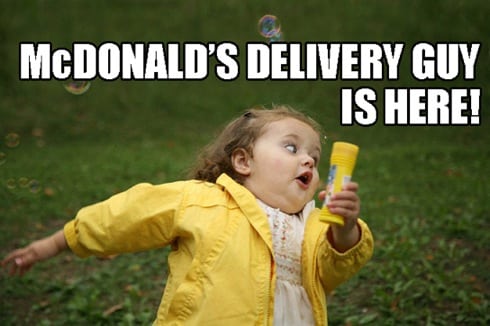 It is a fact that people are generally getting fatter in many western societies. This is reflected in the popularity of diet books and fitness equipment. But while most of us realize it would be good to lose a bit of weight, we are only vaguely aware of the staggering levels of “obesity” in our societies. We are even less aware of the impact this is having on our children, and the widespread existence of childhood obesity.

Generally speaking, a person is considered “obese” when the amount of fat stored in his body endangers his health. Here are some recent OECD statistics that show just how widespread the problem of obesity is:

Percentage of Population (over 15 years of age) who are obese

In other words, almost 1 in 3 Americans and roughly 1 in 5 Australians are so grossly overweight as to have health problems because of it.

As individuals we have a tendency to rationalise our inclination to be overweight or obese. We often blame such things as heredity, or glandular imbalance, and while these things often do make a difference, the primary cause for most obesity is quite simple. A person gains weight when he or she consumes more calories than they burn.

In other words, there are two important factors involved — diet and activity level. And it seems pretty obvious that in countries with a high obesity level, both things are taking a hit. Western diets are oozing with more fat and sugar than ever before, while people are generally becoming more sedentary and getting less physical exercise — sitting in front of computers all day, and in front of the TV all night.

**Consequences of an Obese Lifestyle**

Obesity has overtaken infectious diseases as the most significant contributor to ill health worldwide.

In fact, it has been estimated that roughly 500,000 deaths now occur annually due to poor diet and physical inactivity. If this trend towards obesity is not reversed in the next few years, it will likely overtake tobacco as the leading preventable cause of death.

Even more troubling, when adults adopt an obese lifestyle, they are more likely to pass their eating and activity habits along to their children. This has given rise to a dramatic increase in obesity in children.

The reasons are obvious. Children are subjected to the obese lifestyle from all sides. Many families have substituted high fat, high sugar junk food and soft drinks for regular well-balanced meals. Or they have simply stopped preparing meals in the home — the proportion of foods that children consumed from restaurants and fast food outlets increased by nearly 300% between 1977 and 1996.

Children are also the targets of a constant barrage of advertising that promotes highly processed junk food. And in many cases the normal physical activity that has been a part of childhood for many generations has been restricted by concerns for safety, or completely replaced by sedentary activities like playing video games or watching TV.

Obesity is never a good thing. But obesity in children is especially bad. Once fat cells are created in the body they cannot be gotten rid of by normal dieting or increased physical activity. So an obese child normally carries their obesity through into adulthood.

On the other hand, if a child learns good habits for diet and exercise as children, they will very likely carry these habits and this knowledge into adulthood as well.

**What Can be Done about Childhood Obesity?**

It is up to parents and other adults to teach responsible alternatives to the obese lifestyle. Parents must first become aware of the problems with their own personal and family eating habits and activity levels, and then they must make adjustments that will have a positive lifelong impact on their children.

One effective way is to adopt the “AKA” approach — AWARENESS of the problem. KNOWLEDGE of what to do about it, and ACTION designed to bring about lifestyle changes. Children have an innate thirst for knowledge, a deep desire to improve their self-image, and will love the attention you give them as you develop a plan for a more healthy lifestyle for your entire family.

Copied with permission from from PlrPlr.com!